On 31 July 2020, Mr Justice Garrett Simons delivered a follow up judgement to his recent decision under which he determined that not only was the Electrical Contracting sectoral employment order invalid but that Chapter 3 of the Industrial Relations (Amendment) Act 2015 which legislated for the making of sectoral employment orders (SEOs) was unconstitutional.

This meant that as a matter of law, the other SEO’s relevant to the Construction sector and the Mechanical Engineering Building Services Contracting sector were also invalid as they were implemented under the same legislation.

In our follow up note we noted that unless there was a stay on the High Court Order pending the outcome of an appeal by the State, all three SEO’s would be invalid but that we anticipated an appeal would be filed. The Government has at this stage indicated a clear intention to appeal the finding of unconstitutionality, but not the finding of invalidity in respect of the Electrical Contracting SEO which had been condemned on procedural as well as constitutional grounds.

The judgement of 31 July is Mr Justice Garrett Simons’ response to various submissions made by the parties in respect of his original decision including an application for a stay pending appeal on the constitutional point and applications in respect of the costs of the proceedings. In the submissions made to the judge in connection with the Electrical Contracting SEO counsel for the Government respondents indicated that it was not their intention to appeal that element of his judgement and that therefore they would not be seeking a stay on this part of his order.

Mr Justice Simons, in determining the various submissions made to him, has: provided certainty in respect of the Electrical Contracting SEO; provided some relief and resolution of confusion with regard to the other two impacted SEOs; reiterated the approach which will be taken by the courts in respect of applications for costs in complex litigation.

Due to the anomalies and flaws in the procedure adopted in implementing the Electrical Contracting SEO, all of which were fully enunciated in the original judgement, that SEO is invalid. This means that at present there is no effective SEO affecting the electrical contracting sector.

With regard to the other two SEOs, the Government has indicated an intention to appeal the finding of unconstitutionality to the Supreme Court and a stay has therefore been granted pending the outcome of that appeal. In the course of this judgement, Mr Justice Simons indicated that in any event it had been his intention to defer that determination for a period of six months. Presumably this was to allow the Government an opportunity to “mend its hand” before the finding of unconstitutionality would take effect. The granting of the stay means that the SEO’s impacting the Construction sector and the Mechanical Engineering Building Services Contracting sector in general remain in full force and effect pending the outcome of the appeal.

In dealing with the question of costs, Mr Justice Simon considered the submissions made on behalf of the Government to the effect that costs should be apportioned as between the parties based on the success or otherwise of individual arguments made on behalf of the applicants. This type of application is contemplated under Part 11 of the Legal Services Regulation Act of 2015. In awarding costs of the proceedings to the applicants (the electrical contractors who brought the case to court), and declining to apportion responsibility for costs as between the parties, Mr Justice Simons considered all of the relevant authorities and provided a useful summary of that authority and the approach likely to be taken in costs determinations going forward.

To summarise the judgement, the following can be taken from it: 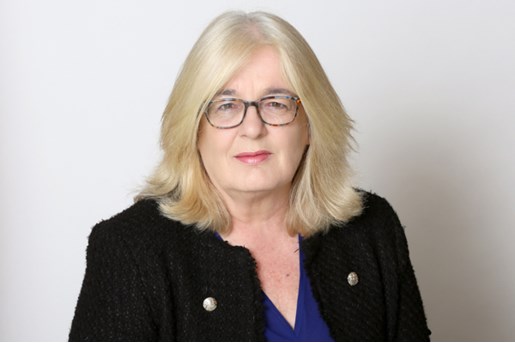 A review of the new large-scale residential Development Act