The Ministry of Commerce and Industry (MCI) has taken significant modernising steps in the New FCIL to facilitate an investment-friendly regulatory regime in Oman, informing us that it will now allow 100% foreign ownership in all companies established in Oman other than those practicing any activity contained in a recently circulated 'blacklist'. The blacklist, which sets out 37 activities, does not include sectors which were previously stringent in their Omani ownership requirements such as defence, oil and gas and restaurants. Instead, the blacklist features activities such as tailoring, commercial fishing and taxi services, amongst others.

The position under the New FCIL is in contrast to the regime which operated under the Repealed FCIL which generally previously prohibited:

a) an individual, other than:

i. an Omani national or a national of one of the other member states of the Cooperation Council for the Arab States of the Gulf (GCC); or

ii. a United States of America (USA) national under the Free Trade Agreement entered into between Oman and the USA effective 1 January 2009; or

b) a company which was not wholly-owned by GCC or USA nationals,

from being the registered holder of more than 49% of the share capital in a company established in Oman (outside of the free and special economic zones). Note that subsequent practices adopted by the MCI to comply with Oman's commitments since joining the World Trade Organisation in 2000 allowed up to 70% foreign ownership in many companies.

In what we believe marks a seismic impact to the foreign investment landscape in Oman, the MCI has additionally abandoned its previous practice of requiring any company with one or more foreign shareholders to have a minimum starting share capital of Omani Rial 150,000 (approximately US$ 390,000). Note that fees for registering such a company at the MCI are higher than they were previously and start from Omani Rial 3,000 (approximately US$ 7,800) (subject to increase depending on the proposed share capital of the new company).

The New FCIL further outlines that foreign investment projects may be given preferential treatment on the recommendation of the Minister of Commerce and Industry, pursuant to the principle of "reciprocity". Additionally, new companies established in less developed areas of Oman may also be granted additional "advantages" in an attempt to encourage economic development. We should know more in the coming weeks and months as to how these provisions will be implemented in practice and will provide any necessary updates.

Subject to the pending Executive Regulations, which we expect will be issued later in 2020 and determine the conditions, controls, procedures and dates for the issuance of applicable approvals, permits and licenses, the New FCIL is likely to place the Omani market in a stronger position to provide foreign investors with a more open, welcoming and robust regulatory framework within which to conduct business.

For further information about the legal regime relating to investing and doing business in Oman, please contact our head of corporate, Oliver Stevens. 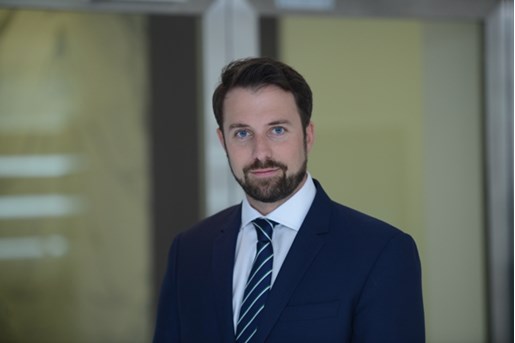 We operate from an office in Muscat, in association with Nasser Al Habsi & Saif Al Mamari Law Firm, with which we share a wealth of expertise and experience across a range of legal disciplines.