The OECD reports that even if economies begin recovering in the second half of the year, foreign direct investment (FDI) flows are expected to fall more than 30% in 2020 from 2019 levels, as a result of the policy measures taken by governments worldwide to address the COVID-19 pandemic and the resulting recessions.[1] More than this, governments are swiftly introducing additional mechanisms to protect their state's essential security interests from acquisition by foreign buyers.[2] Depending on where you stand, these moves are either protectionist measures that increase the uncertainty of global transactions, or necessary actions on the part of each government to protect domestic businesses from post-pandemic carpetbaggers.

Australia, France, Italy and Spain have introduced temporary changes to their FDI review frameworks, such as reducing the thresholds required to trigger a review. France, Hungary and New Zealand have implemented permanent changes, as has Germany. The UK has implemented short term measures in response to the pandemic, while broader reforms remain pending. We consider the reforms in Germany, the UK and at EU level in more detail below.

Prime Minister Boris Johnson told the House of Commons in late May (2020) that measures to tighten up foreign investment rules in the UK would be made public in the coming weeks. The Queen's speech in December 2019 setting out his legislative programme had already confirmed that a National and Security Investment Bill would introduce a whole new national security vetting regime for investments in sensitive industries and sectors. The indication then was that it would be drafted along the lines proposed in a previous (2018) White Paper which outlined a voluntary notification scheme with a call-in power to scrutinise certain investments in companies, businesses and assets (including land or intellectual property) that raise national security concerns. See here for further details.

However, since Boris Johnson's statement in the House of Commons, it has been reported (see The Times, 8 June (paywall)) that he is pressing for rule changes that would make notification mandatory, with fines and/or the disqualification, or even imprisonment, of directors, for failure to comply with the requirement to notify, or to abide by any conditions attached to the deal.

At the time of writing, the broader reform proposals have not been published, but the government is making two immediate changes to its existing powers to intervene in mergers that are subject to the normal UK merger control rules, whether by foreign or domestic investors, in order to scrutinise them on public interest grounds:

As is the case in other jurisdictions, the economic distress caused by the covid-19 pandemic has heightened concerns that strategic assets may be acquired at an undervalue by companies backed by foreign states, putting national security at risk. While Chinese state-backed investment in new technologies has been a core concern underlying some of the short-term measures already taken[3], the need to protect supply chains in the healthcare and pharmaceutical sectors, as well as other sectors essential in the response to health crises, has emerged as a further imperative for reform. As the economic impact of the pandemic continues to be felt, companies in other sectors may show themselves vulnerable to foreign takeovers that raise national security concerns. The UK's departure from the EU single market and customs territory at the end of 2020 gives added urgency to an updating of the rules; the UK will want to have its new limits on foreign investment in place as a baseline as it seeks to strike new trade and investment deals around the world.

The European Commission (EC) issued guidelines to Member States in late March (2020) urging them to create mechanisms for better screening of FDI, particularly in the key sectors of public security infrastructure, health, medical research and biotechnology. The rhetorical tone of the accompanying press releases and speeches is one of protectionism, ensuring the EU remains capable of meeting the health needs of its citizens, albeit while remaining ostensibly open to some FDI.

The FDI Screening Regulation was adopted in March 2019 and will come into force in October this year (2020), with the goal of harmonising member state's existing FDI rules. It provides for an EU legal framework for screening FDI by member states on the basis of a risk to 'security or public order', a cooperation mechanism for member states to share information and grants new powers to the EC to screen FDI and issue a non-binding advisory opinion to a member state. There is also a mandatory reporting obligation on member states to provide a yearly update on FDI in their jurisdiction to the EC. The regulation was amended on 13 July (2020) to include four additional projects that involve a substantial amount of EU funding.[4]

The EC then published a White Paper on 17 June (2020), which outlined proposals designed to counteract the distortive effects caused by foreign subsidies. It has identified a gap in the existing toolbox, such as that State Aid rules only apply to member states. The consultation is open until 23 September (2020), with draft legislation expected in 2021.

The most significant option raised by the paper is that of a mandatory filing system for reviews of foreign-backed acquisitions of businesses within the EU. This would be a two stage review process, running alongside any merger control processes. While the paper does not set out suggested thresholds or triggers, it could catch both acquisitions of control as well as minority shareholdings. Like in the merger control process, the EC would have the power to accept commitments or block a transaction. Similarly, the proposals include administrative sanctions for breaching the procedural rules and powers for the EC to investigate, even post-closing, transactions that were not notified where it considers the rules may have been breached.

The proposals will also address foreign subsidies benefitting EU undertakings, with certain subsidies being presumed distortive, such as those to failing firms, or selective tax reliefs, and others requiring evaluation to determine whether they have a distortive effect on the internal market. 'Redressive measures' in the event a distortion is found, could include repaying the subsidy to the foreign government, the EU or member state affected. On procurement, the EC proposes that the rules be amended to require the exclusion of bidders who have received distortive foreign subsidies.

The legal amendment is intended to adapt investment control to the requirements of the so-called EU screening regulation (2019/452) and take urgent measures to protect the health sector – in particular concerning infection protection - as an immediate response to the covid-19 pandemic. The Federal Government intends to tighten the foreign investment control in four ways: the field of protected sectors has been expanded, the jurisdictional thresholds for an audit have been lowered, reporting obligations have been expanded and breaches have been sanctioned by criminal law, and legal consequences have been intensified.

Along similar lines to the draft law in the UK, the German government intends to expand the field of "critical infrastructure". Besides changes in the field of communication, the draft law focuses on companies in the health sector and those related to infection protection, including, for example, protective equipment, in order to grant the Federal Ministries of Economics and Technology (BMWi) more intervention options.

The standard of review has been amended to 'probable impairment' from 'actual endangerment' of the public order and security. Investments by companies from outside the EU in Germany will have a higher risk of being stopped by the BMWi. The threshold for an audit by the BMWi in the critical sector has also been changed from 25 % to 10 % voting interest.

Furthermore, reporting obligations regarding all transactions in the newly added health sector – regardless of size - have been put in place. As a result, not only big transactions, but also smaller minority interests are now on the BMWi horizon. And lastly, the BMWi audit constitutes a suspensory condition for a transaction. It is not valid until the BMWi authorizes the execution. Is a transaction executed nevertheless, the person responsible might be facing criminal charges.

Expect FDI reviews to be part of the new normal.  After many decades of ever more globalisation and open borders it appears the covid-19 pandemic has forced nation states and supra-national bodies alike to consider the security implications of allowing foreign entities to invest in core infrastructure required for security of public health in their territories.  But it seems we have now reached a tipping point.  With countries like the France, Germany and the UK introducing new restrictions almost monthly, political pressure is making it increasingly difficult for elected governments elsewhere to resist following suit.

[3]  As seen in the attempted boardroom takeover of British semi-conductor maker Imagination Technologies by Canyon Bridge Partners (backed by an investment fund linked to the Chinese state) which was aborted following government intervention in April this year and the increasing concern over Huawei's involvement in the UK's 5G network, culminating in the government's decision in mid-July to exclude it from the network. 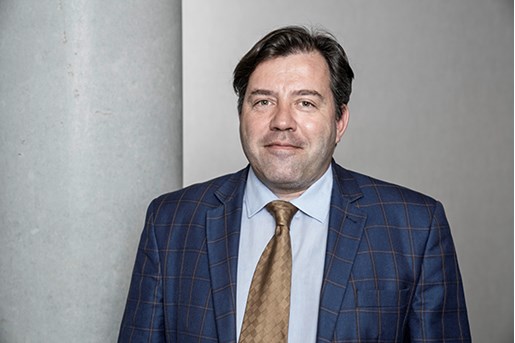 Success for legal teams in extension of springboard principle