The VAT rules draw a distinction between leasing and hire purchase / conditional sale arrangements.  The former is treated as a supply of services and the latter as a supply of goods.  The main result of this distinction is one of timing: VAT on an HP agreement is payable by the hirer upfront on the cost of the asset whereas VAT on leases is due on each rental payment.

Fair market value (FMV) leasing contracts (including PCPs), which include an option to purchase but set the option at or around the anticipated depreciated value of the asset at the end of the hire period fall in between standard leasing and HP.  HMRC has traditionally treated FMV leases as supplies of goods but this was disputed in Mercedes-Benz Financial Services UK Ltd v HMRC in the context of a Mercedes PCP product, Agility.  Ultimately, a reference was made to the Court of Justice of the European Union, which gave its judgment in October 2017.

The basis for distinguishing between standard leasing and HP derives from Article 14(2)(b) of Council Directive 2006/112/EC of 28 November 2006, which stipulates that "the actual handing over of goods pursuant to a contract for the hire of goods for a certain period, or for the sale of goods on deferred terms, which provides that in the normal course of events ownership is to pass at the latest upon payment of the final instalment" is to be regarded as a supply of goods.

The UK enacted this in paragraph 1(2), Schedule 4 Value Added Tax Act 1994, which states that:

"If the possession of goods is transferred … under agreements which expressly contemplate that the property will also pass at some point in the future (determined by, or ascertainable from, the agreements but in any case not later than when the goods are fully paid for), it is then … a supply of goods".

It is that requirement that ownership passes "in the normal course of events" which underpinned the CJEU judgment.  The thrust of the CJEU judgment is that Article 14(2)(b) is getting at a contract where the transfer of ownership is effectively a contractually determined outcome and that this is "incompatible with a genuine economic alternative for the lessee under which he may, at the appropriate time, opt either to acquire the goods, or to return them to the lessor, or to extend the lease".  There would not be a "genuine economic alternative" if the lease payments correspond to the value of the goods and the option does not involve the lessee having to pay "a substantial additional sum".  So the CJEU's determination was that:

"It follows from the foregoing that the words 'contract for hire which provides that in the normal course of events ownership is to pass at the latest upon payment of the final instalment', used in Article 14(2)(b) of the VAT Directive, must be interpreted as applying to a leasing contract with an option to purchase if it can be inferred from the financial terms of the contract that exercising the option appears to be the only economically rational choice that the lessee will be able to make at the appropriate time if the contract is to be performed for its full term".

HMRC took some time to respond to the CJEU decision, only publishing its views on 27 February 2019 in Revenue and Customs Brief 1 (2019).  HMRC takes on board the CJEU's comments though it is notable that its interpretation of the impact of the judgment appears overly restrictive.  The guidance is also expressed primarily in respect of PCP products but it does also refer to "similar products" and so should (in our view) be interpreted as extending to FMV leases.

HMRC accept that where the lease involves an option to purchase the goods which is fixed at a price which is at or above the anticipated market value of goods at the time of option exercise, the supplies under the lease should be treated as supplies of services, not of goods.

Conversely, HMRC distinguish products where the option is set at a value which is below the anticipated market value of the goods.  This appears to be based on an assumption that "a rational customer would buy the asset when they exercise the option".  However, this will not necessarily be the case – it would depend very much on the level of discount and the ease with which the lessee could sell the asset.

The Brief confirms that HMRC will differentiate HP contracts with balloon payments which are not optional (as opposed to FMV leases), which clearly does accord with the CJEU's judgment.

HMRC will require lessors and lessees to apply the revised treatment set out in the Brief from 1 June 2019 at the latest.  As regards prior periods, however, HMRC have given lessors who have treated FMV leases as supplies of goods the choice as to whether or not they revisit this treatment.  If lessors do adjust their VAT treatment, HMRC will expect customers to adjust their input tax recovery accordingly. 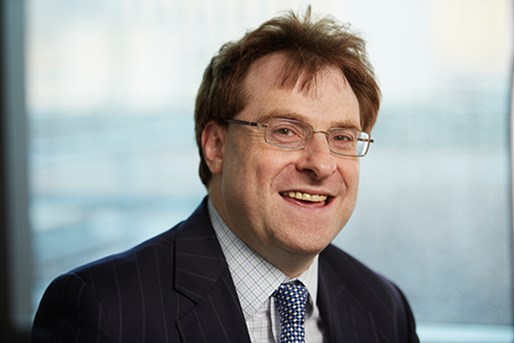 Everything But The Deal