How will a no-deal Brexit impact health and social care?

With Parliament officially prorogued, despite the recent progress of the Brexit Bill blocking a No Deal exit, the UK remains due to leave the European Union on 31 October and there is still no clarity as to whether this will be with or without an agreement.

The risks of Brexit for the health and social care sector focus on four key areas. When it comes to Brexit, are you ready?

The supply of medicines and medical devices has perhaps been the highest-profile issue for the health sector in the run up to Brexit. The Operation Yellowhammer documents leaked this summer suggested there would be widespread disruption to supply logistics across the Channel, which would expose particular vulnerabilities in medicine and medical device supply chains in the UK.

The Medicines and Healthcare products Regulatory Agency has stressed that transitional arrangements will ensure UK authorisations are in place for medicines and medical devices currently granted. However a new regulatory layer for European and international suppliers, even if is this is similar to the EU regime, is likely to slow the process and increase the expense of bringing medicines and medical devices to market in the UK. The delays and financial impact are likely to be felt by patients, as well as the NHS, with the potential for costs, ultimately, to be passed on to patients.

In the 2019 Spending Round, the Chancellor pledged increased funding of £33.9 billion to the NHS by 2023-24, £854 million funding to upgrade equipment in 20 hospitals and a £1 billion increase in capital spending for the NHS in 2019-20, as well as an extra £1.5 billion to local authorities for social care. That said, this approach is criticised for failing to provide significant investment in buildings, equipment and staff training budgets – the Institute for Fiscal Studies suggests more substantial funding is required to modernise health infrastructure in the context of increased demand. Whilst not directly linked, the King's Fund contrasts this figure with the £30 billion that the Office for Budget Responsibility predicts that Brexit could cost the UK in a no-deal scenario.

The Department of Health and Social Care has recently confirmed that some 2 million EU nationals living in the UK will be guaranteed healthcare free of charge on the NHS, even in the event of a no-deal Brexit. Despite this, European Health Insurance Cards will no longer be usable by UK citizens to obtain free or discounted healthcare in EU member states. Likewise, approximately 200,000 retirees and 800,000 other UK nationals living in EU nations may have no guaranteed rights to healthcare. The King's Fund suggests that expats will simply return to the UK for treatment, further pressurising NHS services.

Concerns have been raised by both the British Medical Association and the Royal College of Nursing as to the lack of clarity on the post-Brexit status of EU doctors, nurses (in particular), carers and other healthcare professionals working within the NHS. It is argued that potential developments such as fluctuations in the pound will only add to fears that EU and other overseas workers will be deterred from working in the UK. With the NHS heavily reliant on overseas healthcare professionals, it is suggested the headline figure of the 100,000 current vacancies in healthcare and 110,000 in social care (1 in 12 roles) may increase, adding to fears of a workforce crisis.

A letter co-authored by the Kings Fund, the Health Foundation and the Nuffield Trust can be found here. 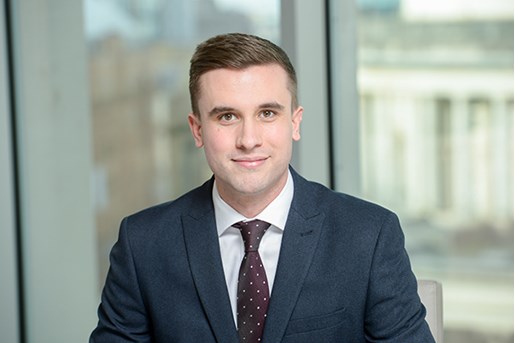