In a welcome decision for employers, the Supreme Court has saved an employer's otherwise unenforceable non-compete covenant by severing and removing the part that was unreasonably wide and allowing the remainder of the clause to be enforced. Tillman v Egon Zehnder Ltd [2019] UKSC 32

Clauses which aim to restrict an employee's freedom after the end of the employment are commonly included within employment contracts. For reasons of public policy (principally, the importance of freedom of trade and competition), the general rule is that such covenants are unenforceable unless the employer can show that they protect the employer's legitimate business interest and are reasonable in all the circumstances. Non-compete covenants, being the most wide-ranging and limiting for an employee, should only be used where no other type of restriction will protect the employer's interests.

What may be considered to be a "reasonable" covenant will depend on the facts of each individual case. This includes factors such as the employee's seniority, the extent of their contact with clients or fellow employees and their level of access or exposure to confidential information. Generally, the Courts are more likely to enforce covenants which are carefully drafted and specifically tailored to the particular employee's circumstances. Typically, non-compete covenants often carve out the ability for the employee to hold minor shareholdings in other companies as an investment.

If a covenant includes unenforceable provisions but these provisions can be removed without the need to change or add to the wording that remains, the Court may decide to "sever" the unenforceable· portions of wording so that the remaining wording constitutes an enforceable clause. This is commonly referred to as the "blue pencil" test. However, the Courts will not re-write a covenant to make it enforceable, for example where the covenant is too wide.

In 2003, Ms Tillman (MT) commenced employment with Egon Zehnder (EZ), an executive search and recruitment company. MT was initially employed as a Consultant but later promoted to Principal, then Partner, and, eventually, Joint Global Practice Head, before she resigned in January 2017 to take up a position at a rival company.

MT's original contract of employment contained a 6-month non-compete restriction at clause 13.2.3 where she agreed not to:

"…directly or indirectly engage or be concerned or interested in any business carried on in competition with any of the businesses of the Company (or any Group Company) which were carried on at the Termination Date or during the period of 12 months prior to that date and with which you were materially concerned during such period."

When MT resigned, EZ brought a claim, and sought an interim injunction, arguing that she would be in breach of the 6-month non-compete restrictive covenant, which was due to expire on 30 July 2017.

The High Court (HC) upheld the non-compete restriction and granted the injunction.

In relation to the prohibition on being "interested in" a competing business, the HC was prepared to construe the clause so that it did not prevent MT from holding a minor shareholding in a competitor business. It was persuaded to do so given the existence of other provisions of the contract which expressly permitted such shareholdings during the course of employment; it would have been anomalous to seek to impose a more onerous restriction post–termination. The HC noted that the normal principles of construction required them to favour a construction which would validate, rather than invalidate, the clause.

MT appealed on the basis that the phrase "interested in" covered shareholdings and, therefore, prevented her from holding a minor shareholding in a competing business, so that the covenant was unenforceable. EZ argued that the HC had construed the clause correctly and, if not, the phrase "or interested" could be severed to preserve the restriction.

The CA found that a shareholder in a company could be described as being "interested in" that company. This was the approach taken in previous cases such as Scully UK Ltd v Lee [1998] and CEF Holdings v Mundey [2012]. In Mundey, the HC had said that the words "interested in" would cover holding even one share in a publicly quoted company and a restraint including that phrase would, therefore, be too wide.

Turning to the question of severance, the CA followed the approach taken in Attwood v Lamont [1920] and held it was only able to sever a provision which is, in effect, a combination of several distinct covenants, and that, in any event, severance should be confined to severing only trivial and/or technical parts. In this case, the CA was not prepared to sever the words "or interested" from the covenant.

EZ appealed to the Supreme Court, where there were three issues to determine:

1. Does preventing a shareholding fall within the scope of the restraint on trade doctrine (a new argument from EZ at SC stage)?

2. Do the words "interested in" properly construed, prevent the holding of shares in a business?

3. If the answer to (2) is yes, can the words "or interested" be severed by applying the "blue pencil" test, so that the rest of the clause is enforceable?

1. Does preventing a shareholding fall within the scope of the restraint on trade doctrine?

Yes. The SC referred to Proactive Sports Management Ltd v Rooney [2011], where the CA noted that the courts should adopt a "broad, practical, rule of reason approach" to determining the applicability of the doctrine of restraint of trade.

Here, the SC found that the terms of clause 13.2.3 represented a clear acknowledgement that the restraints fell within the scope of the doctrine and noted that it was not surprising for EZ to have aspired to prevent MT from holding shares in a potentially competitive business. Therefore, the SC held that preventing someone holding shares could be a restraint of trade.

2. Do the words "interested in" properly construed, prevent the holding of shares in a business?

Yes. The SC noted that the starting point is that the phrase “engaged or concerned or interested”, adopted in clause 13.2.3, has long been included in standard precedents for the drafting of non-competition covenants and treated as including a shareholding prohibition. As EZ was unable to advance a realistic alternative construction of the word “interested”, the SC held that the natural meaning of the word, which includes a shareholding (large or small), applied. Therefore, subject to the issue of severance (see issue 3 below), clause 13.2.3 was void as an unreasonable restraint of trade.

3. Can the words "or interested" be severed by applying the "blue pencil" test, so that the rest of the clause is enforceable?

Yes. The SC noted that the question of whether or not the words "or interested" could be severed was the most difficult and important issue of the appeal. In coming to their decision, the SC had to consider two differing approaches. The first was that set out by the CA in Attwood v Lamont (limiting severance to situations where the covenant is in effect a combination of different covenants – see above), and the second was the three-part test set out by the CA in Beckett Investment Management Group Ltd v Hall [2007]. The SC preferred the Beckett approach and provided guidance on its application. In doing so, they overruled the previous 99-year old authority of the CA in Attwood, considering that it had invited a fiercely restrictive approach to severance.

The Beckett approach, which has now been endorsed by the SC, involves considering:

1. Is the unenforceable provision capable of being removed without the necessity of adding to or modifying the wording of what remains (the "blue pencil" test)?

2. Will the remaining terms continue to be supported by adequate consideration (which will usually be the case whenever an employer is seeking to enforce a covenant against an employee)?

3. Is it possible to remove the offending provision without generating any major change in the overall effect of all the post-employment restraints in the contract? The SC stated that it is for the employer to establish this, and the focus is on the legal effect of the restraints and not their perhaps changing significance for the parties.

Here, the SC found that the words “or interested” were capable of being severed from clause 13.2.3 without the need to add to or modify the wording of the rest of the clause and that doing so would not generate any major change in the overall effect of the restraints. On this basis, the employer, EZ, was successful and entitled to its injunction (although, with the passage of time, this ended up being an academic point, as MT's restriction period of six months had already expired).

This is a welcome decision for employers, where the SC has favoured a commercial and sensible approach to construction and severance. However, the decision should be should not be taken as an invitation to disregard the importance of careful drafting in the context of restrictive covenants. The SC stated in their judgment that "the courts must continue to adopt a cautious approach to the severance of post-employment restraints".

The starting point remains the same in that all such covenants will be void unless they go no further than is necessary to protect the employer’s legitimate business interests. In fact, many well-drafted covenants have a clause in them specifically stating that the restriction does not prevent the employee from holding a shareholding in another company, in an effort to get around any suggestion that the clause might be too wide.

Finally, although the covenant was upheld, in inviting submissions on costs, the SC made reference to the unfair burden of the Courts having to clear up "legal litter" in contracts by using the blue pencil, with the warning that, if the restrictions should have been more tailored in the first place, an employer’s ability to recover some or all of its costs will be limited.  Therefore, it seems that, although the "blue pencil" may be used to save an unreasonable restrictive covenant, employers may have to pay for the privilege. 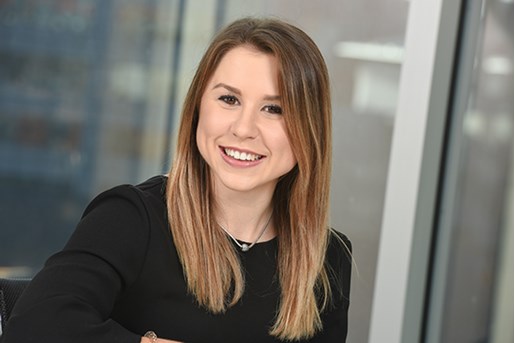