Measures outlined in the Queen’s Speech included a special administration regime for airlines which, amongst other things, enables the fleet of the insolvent airline to be used to repatriate customers.

Around 80% of UK-originating passengers benefit from some form of protection should their carrier become insolvent, but only those who have bought their tickets as part of an ATOL-covered package (around 25%) are fully protected if stranded abroad.

Under the proposals, which follow the government’s Airline Insolvency Review[1], the CAA shall acquire enhanced powers to monitor airlines in distress and the ability to grant Temporary Airline Operating Licences to fly the aircraft of an airline in administration.[2]

The repatriation measures have been largely welcomed by consumers – after all, why should the aircraft of an insolvent airline fly home empty? But questions remain as to how the regime will operate in practice - and whether the primary objective of repatriation might come at the expense of creditors and funders (and consequently, their willingness to provide such support).

Duty free: Who's paying for this?

The repatriation is to be funded through (1) contributions from airlines operating in the UK market[3] and (2) a passenger levy (initially set at 49p per seat).[4] It is notable that Thomas Cook lobbied against the levy on the grounds that “insolvency of airlines is a far less common occurrence than in other sectors” and that airlines should not be “singled out”.[5]

If the scheme does not cover all costs of repatriation, any shortfall (in the absence of suitable insurance) will be administration expenses, perhaps depleting any funds available to creditors.

Commencing final approach: Before and after

To allow the CAA to prepare for an airline's failure, the Secretary of State is to receive fourteen days' notice of any intention to appoint an administrator or seek a winding-up order. In a scenario where the directors of an airline have reached a settled intention to appoint an administrator, this represents a particularly long "twilight zone" in which to continue trading and protect value in the business.[6]

Anything to Declare? Aircraft ownership

Typically, commercial aircraft in the UK are leased assets. The existing insolvency regime allows lessors certain rights of repossession[7] despite the general moratorium on enforcement.[8] From what we have seen, the new measures will not compel the lessors to make their aircraft available for repatriation, in which case the lessors would need to agree not to terminate the lease nor repossess the asset.[9] In a case where the whole fleet is not required, how might the CAA determine which aircraft to use?

Any insolvency practitioner managing repatriation will be personally responsible for running an airline - and personally liable if anything goes wrong. Such considerable risk will require a suitable indemnifier – not straightforward in a business model where most of the assets are leased.

Despite the moratorium, aircraft remain vulnerable to actions by overseas stakeholders. Changing the treatment of insolvent airlines in the UK is unlikely to influence how foreign creditors behave.[10] This would be a concern not just for the office-holder, but also for security holders and lessors whose assets could be held to ransom pending payment.

Prioritising the repatriation of customers over duties to any other creditors is entirely logical and ethical but it could have the unintended consequence of making trading with, or lending to, airlines less desirable, resulting in higher financing costs and even more airline casualties. There remains much uncertainty surrounding the impact of the proposed regime upon lessors, mortgagees and other stakeholders who have financed the business during its lifetime.

As noted in the Airline Insolvency Review, there is no single, easy answer to these issues and implementation may require a transition period to allow the industry (and its funders) to adapt. The efficacy of the measures will depend on their being implemented as a package - and the CAA’s ability to meet passengers’ expectations will be impeded if it does not have all the powers, tools, money and support it requires.

This article was also drafted by Fatima Hameeda. 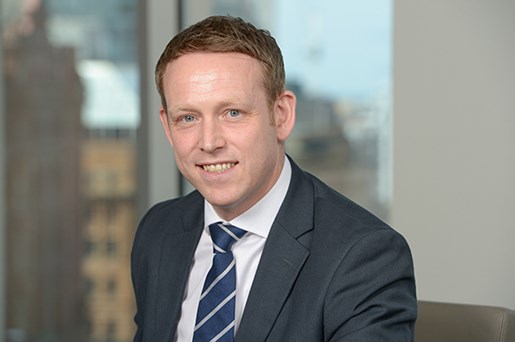 [4] This funding shall be in addition to the charges already levied on the industry. Whilst ostensibly small, the passenger levy might have repercussions for airlines already operating within very tight margins.

[6] The Airline Insolvency Review suggested that if the airline has been co-operating with the CAA in advance, the full notice period may not be needed.

[10] In Europe, many states employ mutual recognition under the EU Regulation on Insolvency Proceedings 2015/848 (the Recast Regulation) – the UK's uncertain post-Brexit position is unhelpful here.