Take off for further Drone Regulations?

Drone regulation was placed centre stage during the Christmas 2018 holiday period, when reported drone sightings at Gatwick Airport grounded a reported 1,000 flights, affecting around 140,000 passengers. Since then, all eyes have been on the UK Government for the next steps in drone regulation.

Over the course of 2018, the UK Government did make progress in this area. Amendments to the Air Navigation Order 2016 (the ANO 2016) introduced, amongst other measures, the following:

By November 2019, the ANO 2016 will also make registration compulsory for operators of drones with a mass between 250g and 20kg and require remote pilots of drones to pass competency tests. There is a distinction between "operators" and "remote pilots" in the newly amended ANO 2016 –an operator is the person or organisation who manages the drone (but may not necessarily control the flight); the remote pilot is the person who manually operate the controls during the relevant drone flight.

In July 2018, the Government also launched a consultation 'Taking Flight: The Future of Drones in the UK' to discuss wider reform, and the Department of Transport published their Response in January 2019.

It is unclear when the new Drones Bill will come into force. However, in a statement to the House on 7 January, Chris Grayling said that his department was working closely with the Home Office on 'the legislative clauses that will deliver these changes'.

Whilst the Government is moving forward with the drone bill and the extension to the aerodrome exclusion, it has decided NOT to introduce the following regulations:

In the original consultation, the Government had proposed introducing a minimum age of 18 for drone operators in order to recognise the additional legal responsibilities that this role holds (remote pilots were to be left unregulated).

However, following the close of the consultation, the European Aviation Safety Agency (EASA) produced draft EU regulations which contain a minimum age requirement of 16 or 18 years for remote pilots, but leave the operator role unregulated. The Government is currently engaging with EASA to object to these proposals and has put their own agenda on hold, so as to avoid introducing conflicting regulation. With the uncertainty around Brexit, it will be interesting to see if and how the Government proceeds in this area.

The Government had also proposed to mandate the use of FINS for drone users. The consultation posited mandating the use of an "app" which would display any airspace restrictions, real-time traffic information and require drone users to notify other airspace users and the CAA of upcoming drone flights.

However, this proposal was the subject of much concern in the public responses to the consultation, with many respondents suggesting that a pre-flight notification requirement would restrict spontaneous flight and be potentially difficult given the rural locations that drones are often operated in. The Government has also expressed its intent to harmonise its approach in this area with wider international strategies and standards, which are yet to be fully developed.

The Government consultation also considered which operational procedures and safeguards could be used to detect and / or 'effects' drones to counter misuse. Whilst the response does not put forward any specific counter-drone measures, it does emphasise the Government's commitment to developing policy in this area. Indeed, it has since emerged that the Department for Transport, the Ministry of Defence and the Home Office are currently collaborating on a 'Counter Unmanned Aerial Vehicles' strategy.

Overall, whilst the Government's response to the consultation recognises the need for greater regulation of drone use, in some areas the Government is still being cautious. There is clearly a concern that legislating in areas before reviewing the wider international response, could hamper the development of the UK drone industry.

In addition, both the consultation and response are notable in their focus on the regulation of leisure drone use. This is despite commercial drone use increasing considerably, with the number of commercial permissions issued by the CAA, for example, doubling since February 2017.

In order to fully realise the social and economic benefits of drones an unmanned traffic management (UTM) system will be necessary. The Government confirmed their support of such a system in their response to the 2016 Consultation 'Unlocking the UK's High Tech Economy'. Announcing their intention to mandate the use of a FINS in their response to this consultation would have been a step towards such a system and it is perhaps disappointing that they chose not to do so. However, in the response the Government did re-emphasise its commitment towards developing UTM policy. The fact that this commitment was recently evidenced by an announcement that the Department for Transport will be working with the Transport Systems Catapult and industry experts to explore UTM Systems, hopefully means it is a question of when not if such a system will be the focus of regulation.

We are following drone developments and will continue to report on the key changes.  For more information see our Trends in Transport article, Drones, Deployment and the Challenges Ahead, our Drones Update and Martin Fleetwood's article Droning on… in RailProfessional magazine. 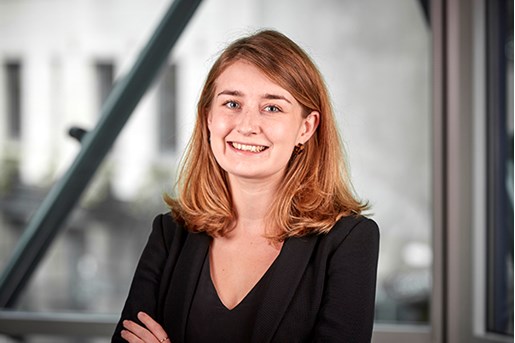