Court of Appeal overturns High Court decision which held that insurance and reinsurance lawyers did not have "experience of insurance or reinsurance" and were therefore precluded from appointment as an arbitrator.

On 1 March 2018, the Court of Appeal upheld an appeal against an English High Court decision which overruled the appointment of an arbitrator on the basis that he did not meet the criteria required by the standard form arbitration clause agreed between the parties requiring an arbitrator to have "not less than ten years' experience of insurance or reinsurance" despite the fact that the arbitrator had been a barrister in the relevant field for over ten years. The decision provides that barristers may now qualify.

This case is a reminder that if parties include a criteria for selecting arbitrators in their arbitration clause this should be carefully worded. It is also a warning that if a dispute arises parties should be careful to ensure that their intended arbitrator falls safely within any specific provisions regarding its appointment.

This case involved a reinsurance dispute arising out of a USD 47.5m payment by Tonicstar Ltd to the Insured (the Port of New York) in respect of losses that arose as a result of the attack on the World Trade Centre on 11 September 2011. Tonicstar sought recovery from Allianz Insurance Plc (Allianz) and Sirius International Insurance Corporation (Sirius) under the reinsurance contract and this lead to a dispute.

The parties had agreed to arbitration. The reinsurance contract incorporated the "Joint Excess Loss Committee, Excess Loss Clauses" (JELC) (drafted in 1997 under the instructions of the Institute of London Underwriters) which included an arbitration clause and required each party to appoint an arbitrator, with Allianz and Sirius having 30 days to do so from the date of receipt of Tonicstar's appointed arbitrator. If Allianz and Sirius failed to appoint an arbitrator, Tonicstar was permitted to request that the Chairman of the Lloyd's Underwriters' Association (the LUA) and the Chairman of the International Underwriting Association (the IUA) nominate an arbitrator on behalf of Alliance and Sirius. The arbitration clause also contained an arbitrator qualification requirement stating that the arbitration tribunal must "consist of persons with not less than ten years' experience of insurance or reinsurance".

Allianz and Sirius appointed Mr Alistair Schaff QC as their arbitrator, who had considerably more experience in insurance and reinsurance law than ten years, but Tonicstar argued, did not have experience in the 'business' itself. At first instance, Tonicstar sought an order to remove Mr Schaff as an arbitrator under section 24 of the Arbitration Act 1996, pursuant to which a court may remove an arbitrator, inter alia, if “he does not possess the qualifications required by the arbitration agreement”.

The case turned on the interpretation of the relevant clause 15.5 which provided that the arbitration tribunal must "consist of persons with not less than ten years' experience of insurance or reinsurance".

The Arguments before the High Court

Tonicstar argued that the Court should grant their order on the basis that this matter had been decided before by Morison J in the unreported decision of Company X v Company Y dated 17 July 2000. In that case, the appointed QC who had considerable experience in insurance and reinsurance was held not to be qualified as an arbitrator within the meaning of clause 15.5 because the clause intended a 'trade arbitration' (i.e. the tribunal was to be made up of individuals from the business of insurance and reinsurance).

Allianz and Sirius contended that Morison J's decision was "obviously wrong". They argued that the ordinary and natural meaning of "experience of insurance or reinsurance" was that such experience can also be gleaned from experience acquired in working within that industry. The ordinary and natural meaning of that phrase was reflected in other standard wordings such as the IUA Arias wording which states that "Unless the parties otherwise agree the arbitral tribunal shall consist of persons….with not less than ten years' experience of insurance or reinsurance as persons engaged in the industry itself or as lawyers or other professional advisers". Allianz and Sirius argued therefore that the parties could have used express language to exclude lawyers should that have been the intention at the time.

Mr Justice Teare decided in favour of Tonicstar. He highlighted that the reinsurance contract (which incorporated the arbitration clause) was dated 12 February 2001, some 7 months after Morison J's decision, and that the subsequent re-issue of the Excess Loss clauses in 2003 did not make any amendments to the phrase in question.

Mr Justice Teare, commented (in obiter) that he "might well have accepted" Allianz and Sirius' arguments to broaden the interpretation of clause 15.5 but his hands were tied in light of the Morison J decision where the High Court had already decided this question. Mr Justice Teare held that a first instance judge must follow a first instance decision unless there is a powerful reason for not doing so (Willers v Joyce [2016] UKSC 44). Mr Justice Teare did not agree with Allianz and Sirius' contention to depart from the decision on the basis that it was "obviously wrong" because the decision must have been fairly well known in the insurance market and had stood unchallenged for 17 years.

The High Court also ruled on Allianz and Sirius' contention that the Court had no power to grant the order sought by Tonicstar because the arbitral tribunal itself should first rule on its own jurisdiction. The Court held that "the two arbitrators…do not have power to "remove" one of them. They have power to rule on jurisdiction which is different from a power to remove an arbitrator".

The High Court granted permission to appeal the decision.

The Court of Appeal Decision

The Court of Appeal upheld the appeal in favour of Allianz and Sirius. In doing so, Lord Justice Leggatt held that Clause 15.5 is "tolerably clear" and is not capable of being read as imposing any 'trade arbitration' restriction. To exclude arbitrators with experience of insurance and reinsurance law from eligibility would require the clause to be expressly amended. Lord Justice Leggatt considered that the subsequent re-issue of the Excess Loss clauses in 2003 not having made any amendments to the phrase in question was irrelevant because contracts are interpreted on the basis that their meaning is to be ascertained as at the date that they were made.

In light of the unambiguous wording of clause 15.5, Lord Justice Leggatt commented (in obiter) that the fact that Company X v Company Y stood for 17 years should not have dissuaded the High Court from holding that it was wrongly decided, particularly given that this was an unreported case. In those circumstances, Lord Justice Leggatt held that "a commercial party should be able to rely on that meaning without having to scour legal textbooks in order to find out whether the clause has been given a different and unnatural meaning by the court".

The Court of Appeal dismissed Tonicstar's submission on the basis that "the practical and legal aspects of insurance and reinsurance are…intertwined". Lord Justice Leggatt explained that "the business of insurance and reinsurance on any view encompasses not only the placing and underwriting of risks but the handling of insurance claims. Whether or not a claims manager is legally qualified, he or she cannot in many cases properly assess whether a claim is payable without having some knowledge of the applicable law".

The President of the Queen's Bench Division Sir Brian Leveson and Lord Justice Underhill agreed with the judgment of Lord Justice Leggatt.

Insurance and reinsurance barristers are frequently appointed as arbitrators in insurance and reinsurance disputes and the new JELC clauses that came into effect on 1 January 2018 make it clear that legal experience of insurance and reinsurance is sufficient to meet the 'experience' threshold required in the arbitration clause. However it is likely to take some time before disputes arise under these new JELC clauses and in the meantime the previous 1997 wording will remain relevant. The Court of Appeal decision will therefore be welcomed by parties to arbitration clauses with the 1997 JELC or similar wording who are hoping to have the option to appoint a lawyer as an arbitrator.

Parties must check their arbitration clauses to ensure that they are content with the provisions dealing with the appointment of arbitrators. Where a party's intention is to be able to appoint either a lawyer or industry professional, best practice would be to make that clear in the arbitration clause. 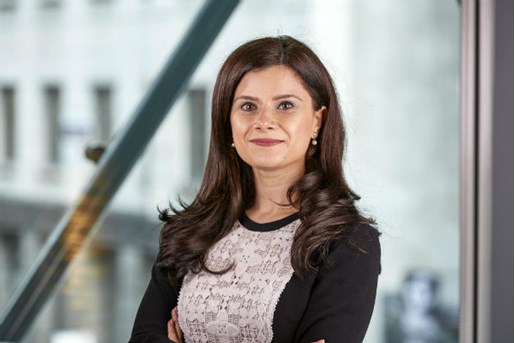