In a Q&A for LexisNexis Alex Clayton discusses the government's recently published response to its consultation on non-domestic smart metering policy proposals and draft legal text.

Alex Clayton, Managing Associate at Addleshaw Goddard (and member of LexisPSL Energy’s Consulting Editorial Board), discusses the decisions and their impact on suppliers of non-domestic customers, noting that the government view was that no substantive issues had been raised and therefore all the proposed changes are to be implemented within the draft legal text.

What is the background to the government’s recently published response to its consultation on non-domestic smart metering policy proposals and draft legal text?

Back in 2011, the government confirmed its intention to implement the mass roll-out of smart meters in Great Britain. It is intended that the roll-out will play a significant part in the transition to a lowcarbon economy and the government’s ambitions to create an affordable, secure and sustainable energy supply chain. To facilitate the roll-out, energy suppliers are required by their respective licences to take all reasonable steps to roll out smart meters to domestic and certain categories of small/medium sized non-domestic customers (Relevant Non-Domestic Customers) by 31 December 2020.

To date, the smart metering roll-out has been subject to a number of challenges. For example, uptake of and enthusiasm for smart meters has been muted—with concerns around risks to health from smart meter signals to the possibility of hackers being able to access smart meter IT and data platforms often cited as reasons for a refusal to participate in the rollout. From an energy supplier perspective, deployment profiles are often threatened by challenges around security of supply (in terms of the meters themselves and the services of installers and operators, all of which are finite resources). The government is therefore coming under increasing pressure to show that the challenges around, and cost of, the smart meter roll-out will be outweighed by the benefits to both domestic users and Relevant Non-Domestic Customers. On the non-domestic side, the government is therefore keen to ensure that the market is operating effectively to secure the benefits of choice and competition for Relevant Non-Domestic Customers.

To further this objective, in August 2017 the government issued a consultation focusing on the nondomestic smart metering market. The consultation looked at views and evidence from stakeholders on new non-domestic smart metering policy proposals designed to give Relevant Non-Domestic Customers access to the full benefits of smart meters, while at the same time recognising the diverse nature of these energy users and the need for proportionate regulation.

After assessing the energy market for large Relevant Non-Domestic Customers, the government has concluded that there is evidence of an effective energy supply market in this area, including a range of services such as direct contracts for meter procurement, installation and energy consumption data services.

As large consumers tend to be engaged with the energy market and are driving and benefitting from effective energy services in a way that microbusiness and smaller SMEs are not, the government has concluded that these large Relevant Non-Domestic Customers are able to make informed decisions on metering solutions, and is proposing to allow energy suppliers to offer ‘qualifying’ Relevant Non-Domestic Customers an explicit choice between an advanced meter and a smart meter.

As there is currently no standard industry definition covering the proposed target group, the government sought responses on its initial proposal that this should be defined as consumers with a total energy consumption across all of their premises equal to or more than 3GWh electricity and/or 3GWh gas. However, following the consultation the decision has been made to define the target consumer group as all non-microbusiness consumers. This, therefore, will cover any Relevant Non-Domestic Customers with a total annual energy consumption of more than 100,000kWh electricity and/or more than 293,000kWh gas (as set out in accordance with the definition of microbusinesses in the supply licence conditions).

As part of this proposal, energy suppliers will be exempt from the New and Replacement Obligation, once activated, when installing new or replacement meters at premises occupied by qualifying consumers where such consumer chooses to have an advanced meter installed. However, where the energy supplier offers such consumers the choice between an advanced meter and a smart meter, the energy supplier will have an obligation to provide those consumers with additional information in order to facilitate those consumers making an informed decision. The information required to be provided will include, as a minimum:

However, the consultation also considered whether certain non-domestic-only energy suppliers specialising in supplying large non-domestic and commercial (I&C) consumers with multiple premises (some of which are in scope of the smart metering mandate) should be exempt from this requirement.

Following the consultation, the government has decided to exempt I&C energy suppliers from the DCC user mandate.

While originally it was proposed that there would be a site threshold to demarcate energy suppliers that supply predominantly I&C consumers and those likely to supply microbusiness customers, the government has simplified the criteria for exemption. In summary, the exemption will apply to:

The exemption outlined above will, however, only apply until the energy supplier intends to either:

Following its previous decision to remove the DCC opt-out and require energy suppliers to use the DCC for the operation of SMETS2 meters, the government consulted on the corresponding changes to the smart metering regulatory framework that would be required to facilitate this. These were:

Following the consultation, the government decided not to amend any of the draft legal text.

How will these changes be implemented and what are the expected next steps?

This will be implemented by making the following amendments to draft legal text of the electricity supply licence condition 39 (and equivalent changes to condition 33 of the gas supply licence):

This will be implemented by making the following amendments to draft legal text of the electricity supply licence condition 48 (and equivalent changes to condition 42 of the gas supply licence):

This will be implemented by making the following amendments:

Following the amendments above, the government plans to bring the relevant modifications into effect in May 2018. 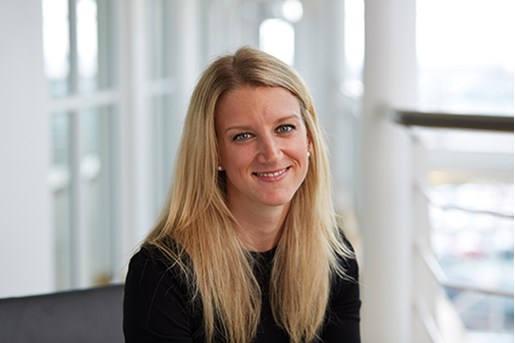