The start of 2018 has seen a few changes and proposals relevant to Scotland's employment landscape.

In this round-up piece, we look at three key developments that employers need to know about: (i) the Fair Work Charter proposal to protect Scottish workers during adverse weather conditions; (ii) a report by the Scottish Affairs Commons Select Committee on the rights of employees and workers; and (iii) the Gender Representation on Public Boards (Scotland) Act 2018.

The extreme snow storms in mid-February prompted the Scottish Trades Unions Congress (STUC) to conduct a survey which revealed that more than 40% of employees were required to travel to work as normal despite the Government issuing an unprecedented "red weather warning", meaning "risk to life is likely". The survey responses suggested there is ambiguity surrounding what constitutes "essential service" in adverse weather conditions, as well as a general lack of understanding of workers' rights in respect of childcare, being paid and the obligation to take annual leave during severe weather conditions.

In a joint statement issued by First Minister Nicola Sturgeon and STUC general secretary, Grahame Smith, a "real concern" was raised over workers being put at "unnecessary risk" when they were compelled to travel to work during adverse weather conditions in an attempt to avoid any loss of pay or annual leave. Both parties emphasised their commitment to encourage and support employers to be "fair and flexible".

Calling for the introduction of legislation to protect the rights of workers during severe weather, the Charter will focus "on the treatment of workers affected by severe weather or other emergencies". The Scottish Government and STUC are keen to stress that workers need a voice through trade unions, and will use the Fair Work Charter to provide examples of trade unions and employers working together fruitfully.

With employment law matters being reserved to Westminster, the case will be made to the UK Government. If the Charter is introduced it will hopefully provide much needed clarity for employers and employees alike and outline precisely what their respective rights and responsibilities are during adverse weather conditions.

Scottish Affairs Commons Select Committee presses the Government to step up its proposals to protect the rights of employees and workers.

A report by the Scottish Affairs Commons Select Committee has highlighted how the growth of new employment practices and business models have blurred definitions of employment status, which has resulted in some employers evading the obligations they have to their employees. Supporting the work carried out by the Work and Pensions and Business, Energy and Industrial Strategy Committee and the findings of the Taylor Review, the report echoes the recommendations made by the Taylor Review: that employment rights should be improved and tough mechanisms for protecting workers introduced.

The main recommendations of the Committee are:

In addition to its recommendations, the report encourages the UK Government to specify which aspects of its recently announced industrial strategy will apply to Scotland and explain exactly how the proposed Ministerial Forums on Industrial Strategy (intended to bring together UK ministers with ministers of the devolved administrations) will work in practice.

The report is a reminder to the UK and Scottish Governments of their joint responsibility to co-operate and work together to create an economy and labour market that supports meaningful employment. Launching the report, Committee Chair Pete Wishart MP commented that the Government should be willing to re-evaluate legislation to ensure it "reflects modern work and allows people to access the rights their employment patterns merit". He urged the Government to act quickly in implementing its recommendations, adding that it needs to look at its "own duties to enforce employment rights".

As highlighted in our previous briefings on the Taylor Review, the proposals are elaborate and would have a major impact on employment practices across many sectors. With the Committee report strongly supporting the findings of the BEIS and the Taylor Review, the outcomes of the proposed Government consultations and assessments are eagerly awaited. When we have the conclusions of these examinations we should be able to forecast the full impact of any changes.

Following the first consultation on the draft bill back in January 2017, it was clear that women remained under-represented in political, civic and public life at senior levels and in the boardroom. In the hope of dispelling such inequality over the coming years, the introduction of the 2018 Act requires positive action to be taken by public sector boards to redress the prevalent gender imbalance.

Whilst this is viewed by many as a positive step in achieving equality, many critics claim that the Act seeks to unfairly impose a mandatory quota and risks employers being accused of positive discrimination. However, there are provisions in place to ensure employers only consider the best qualified candidates for roles and the Government advocates that the terms seek to promote a common goal intended to reflect the true diversity of Scotland's communities.

It's important to note that the statutory objective is only applicable to public sector boards and that private sector employers are unaffected. However, with the deadline looming for employers with 250+ employees to publish their gender pay gap reports, there may be increased pressure among private sector employers to move this topic up their agenda. The introduction of this unique objective should help to correct the existing inequality among the top roles in the public sector, and hopefully drive a broader cultural change extending to all workplaces and wider society.

This briefing was drafted with the assistance of Kathleen Gallacher, Trainee Solicitor. 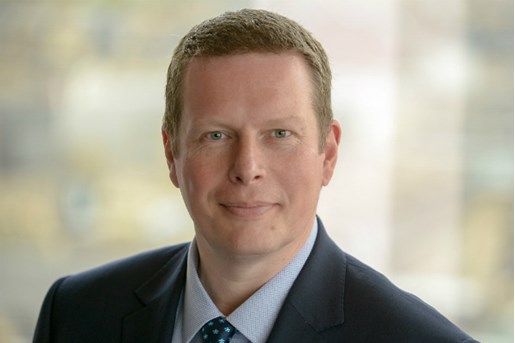