The need for speed: balancing a tight timetable, confidentiality and disclosure in Public Procurement claims

In a Judgment handed down on 8 September 2017 (and approved for release on 29 September), Mr Justice Coulson has clarified a number of useful points for those conducting public procurement litigation, concerning the balance between speed, confidentiality and disclosure.

The claim, the timing and the documents

A procurement was conducted by Network Rail (NRIL) for the supply and manufacture of railway sleepers for the UK rail network.  The challenge was brought by Cemex to the award of the contract to Rail One.  Cemex issued proceedings on 18 July 2017, and applied on 25 July 2017 (the day on which particulars of claim were due for service) for an extension of time for service of those particulars until after disclosure had been given by NRIL of a number of categories of documents relating to the procurement.  The extension and disclosure applications were heard on 7 September 2017, over 6 weeks later.  In pre-action correspondence and in the claim form, Cemex had alleged that Rail One had submitted an abnormally low tender.   Cemex claimed that it needed to see various details of the tender submitted by Rail One in order to particularise its case.   NRIL had already offered disclosure of certain documents into a lawyers' only confidentiality ring.  Cemex said that (1) all of the other categories of documents sought were required, (2) the documents already offered for disclosure by NRIL would not be reviewed until external experts were admitted to the ring, (3) only after these two steps could the particulars be prepared and served.

Service of the particulars of claim

Coulson J refused the extension of time for the following reasons:

Disclosure and the confidentiality ring

The further disclosure sought was also refused. In so doing, Coulson J relied on the principles set out in Roche v Mid Yorkshire Hospitals NHS Trust [2013] EWHC 933 TCC, and noted that in the recent case of Alstom Transport v London Underground [2017] EWHC 1584 TCC, Stuart-Smith J had not included disclosure of a large part of the winning tender in the documents to be provided. Coulson J also firmly rejected the submission that the Supreme Court's decision in Nuclear Decommissioning Authority v EnergySolutions EU [2017] UKSC 34 had the result that more extensive early disclosure is required in order to analyse whether there is a serious issue to be tried. That would be contrary to EU procurement case law, the regulations in the UK, and the decision of the Courts in procurement disputes over the past decade.

In this case, the documents were not required for the particulars, and were also highly confidential to the winning bidder. Whilst noting that the make-up of a confidentiality ring is a matter for the parties to sort out, Coulson J restricted the ring to lawyers only at the initial stage, that only being widened if there is material which the lawyers cannot follow or understand (and in this case the lawyers had inexplicably opted not to review that material). Furthermore, given the highly confidential nature of the material, it would be usual for such experts to undertake not to be involved in future procurements in this area for some time, and the experts had not yet agreed to such undertakings.

There are practical lessons to be learned here. Those bringing procurement challenges must get on with the task in hand, seek any specific relevant information and documents swiftly, plead with what they have, and then seek further disclosure so far as it is appropriate. Those defending, and winning bidders caught up in the challenge, can rely on disclosure of focussed and limited material into a lawyers only confidentiality ring, to which external experts will only be admitted if necessary and upon provision of an undertaking not to be involved in related procurements for a period of time.

As to substantive law, we have the first statement that Energy Solutions does not widen the scope of disclosure in procurement claims. In an area with little case law, we now have a characterisation of abnormally low tenders as a species of manifest error, involving limited review by the Court, not a re-run of the process to see if something could have been done differently.

Addleshaw Goddard LLP acted for NRIL in the successful defence of the above applications.

Should you require further information, please contact Bill Gilliam (Partner) and Clare Dwyer (Legal Director) (both involved in the working group of leading practitioners who prepared the Protocol). 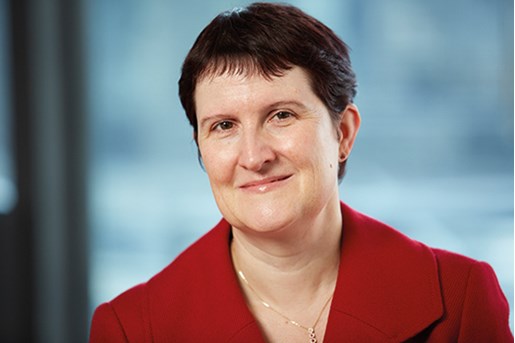