"The Future of Gas" report takes a critical look at the role of gas, drawing out what lies on the horizon for this key source of heat and energy, as governments, energy companies and consumers focus on the "Energy Trilemma" of affordable, sustainable and secure supplies.

In the face of cheap but polluting coal and burgeoning but intermittent renewables, the future of gas in the UK and beyond has never been so fundamental. The report surmises that the opportunities are plentiful, stemming from new demand and climate change objectives, and driven by exploration successes as well as a changing attitude among investors. 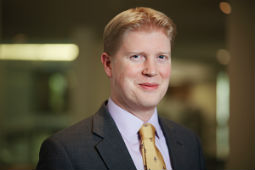 "The future of gas is written in the present. Choices taken now, by investors and governments, will dictate supply and demand over the next 10 years."

Key themes that have emerged out of the analysis of the market and conversations with industry leaders, include:

Get a taste of the report in this video with highlights from the launch event. Watch the full video below.