The Court of Appeal has dismissed an appeal against His Honour Judge Hodge QC's decision [1] to strike out an application which challenged a lender's appointment of administrators. The appellants maintained that at the time of the appointment the lender did not hold an enforceable and/or qualifying floating charge and so the administrators had not been validly appointed. The case considers whether a valid floating charge could be granted when a company has no assets (or at least no un-charged assets), and explores the effect of an "automatic crystallisation" clause.

Addleshaw Goddard acted in the appeal for the successful lender and the former administrators.

In December 2007, a property business, Property Edge Lettings Limited (Property Edge), agreed loan facilities with Capital Homes Limited (CHL) and granted CHL security over six flats and their rental income (CHL Charges). Each of the CHL Charges [2] contained not only a fixed charge of the relevant land and rental income but also, unusually, a floating charge over all of Property Edge's undertaking, property and assets. The CHL Charges contained clauses typical of modern bank lending including covenants not to create any security interest in the property subject to the charges without CHL's consent ("negative pledge"). There was also a specific provision dealing with the circumstances in which the floating charge would crystallise – if Property Edge "encumbered howsoever" the property subject to the floating charge without CHL's prior consent, the floating charge would have effect as a fixed charge ("automatic crystallisation").

In 2008 Property Edge sought to acquire a further site and approached Derbyshire Building Society (Derbyshire) for funding. A loan of £3.9m was offered subject to various conditions precedent including the grant to Derbyshire of a debenture and a legal charge over the new property. Neither Property Edge nor Derbyshire obtained the consent of CHL prior to the grant of the the legal charge and the debenture. Nationwide Building Society (Nationwide) later acquired Derbyshire's loan and security.

Nationwide appointed administrators over Property Edge in January 2012 (pursuant to the floating charge in Derbyshire's debenture). The following day, Nationwide's solicitors realised that there was an earlier floating charge in the CHL Charges. CHL was approached and endorsed a fresh Notice of Appointment which was also filed at Court.

Subsequently, Saw (SW) 2010 Ltd, Property Edge's shareholder and a creditor, and another creditor, Neil Wilson Accountancy Ltd, issued proceedings in the High Court seeking, among other relief, to challenge the validity of the administrators' appointment [3]. The Defendants applied to strike out the claim and the question arose of the impact of the automatic crystallisation provision in the CHL Charges on the validity and enforceability of the floating charge in the Derbyshire debenture.

At the hearing before HHJ Hodge QC in December 2015 the Appellants argued as follows:

The learned judge concluded as follows:

The Court of Appeal decision

The Court of Appeal held that the learned judge had been right to conclude that the debenture was a qualifying floating charge for the purposes of the Insolvency Act 1986 (Act) and that it was enforceable at the time the administrators were appointed, albeit for different reasons (principally because the parties' positions had developed since first instance): 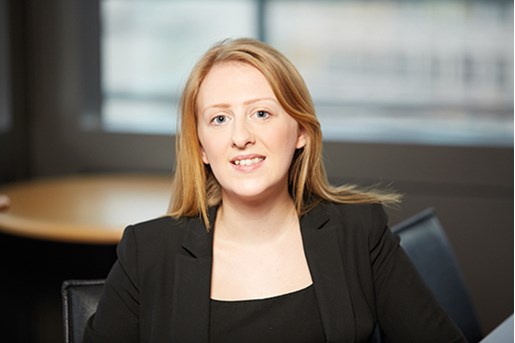 The pre-pack regs: sales to a secured creditor funded newco as a sale to “connected persons”

Assignation of Securities – The end of the OneSavings effect?