Judge refrains from ordering an independent review of a document disclosure exercise, despite the Defendant's solicitor's failure to disclose a clearly relevant email chain

In the 2016 case of Vilca & Ors v Xstrata Ltd & Ors [2016] EWHC 1824, the Court held that it would be "most unusual" to grant the Claimant's application and order an independent review of a disclosure exercise carried out by the Defendant's solicitors, Linklaters LLP. This was despite concerns about the original decision made by a senior lawyer at Linklaters not to disclose a clearly relevant email chain.

The Claimants sought an order that the Defendants be ordered to procure an "appropriate review of their disclosure" to be carried out by an independent lawyer.

The Claimants described the Defendant's approach to disclosure as "grudging" and argued that it was not being carried out in accordance with normally accepted criteria. At the heart of the Claimants' complaint was the failure by the Defendant to disclose the relevant email chain.

"[The email from Mr Sartain to Mr Marun] was first seen in the document review that led to Tranche 7. The view taken, at a senior level, was that, in light of a number of factors, [this] email chain was not disclosable……When the response from Mr Marun that completed the Exchange was reviewed, in the document review that led to Tranche 8, and the Exchange was seen in full it was decided [that both emails] in the chain were disclosable and they were disclosed. We therefore do not dissent from your view that "this exchange is…relevant and disclosable".

Foskett J considered the history and disagreed with the approach taken by the Defendants, describing as "somewhat troubling" the fact that the Defendants held a view that the relevant email chain only became disclosable after Mr Marun's reply emerged. He stated that "I am unable to see that any of the matters relied upon [by the Defendants] justified non disclosure".

The Defendant's decision not to disclose the relevant email before seeing the complete chain was an error, albeit made in good faith, the judge said. In respect of the order requested by the Claimants, whilst he recognised that he could direct a review by another firm of solicitors or independent counsel, it "would be a most unusual order to make (imposing, as it would, a costs burden on the client whose solicitor's conduct was the subject of the review)" and would "require strong grounds for it to be ordered".

Foskett J did not consider that the Defendant's erroneous (albeit significant) decision not to disclose the relevant document was enough to justify making such an order; the error was rectified quickly and he would be confident that the Defendant would come up with a sensible formula, if invited to consider how to review the e-disclosure exercise to date to ensure that documents that fall within the relevant parameters had not been unjustifiably excluded. He asked Linklaters to consider his decision and to put to him a plan for achieving that.

The judge confirmed that it was within his power to order an independent review of disclosure. In Nolan Family Partnership v Walsh [2011] EWHC 525 the court made what it described as a "novel" disclosure order by appointing a supervising solicitor to carry out disclosure on behalf of a party which had failed to give disclosure.

A decision to order an independent review will, however, not be made lightly, not least because of the costs consequences for the party for whom disclosure is being carried out.

It is important to keep an audit trail for disclosure. Whilst the judge did not agree with Linklaters' reason for withholding disclosure of the email chain originally, it was nevertheless important that the Defendant was able to show that it had considered the document and made a decision on it, albeit an erroneous one. Keeping such an audit trail will also assist the Defendant with carrying out the review of their disclosure exercise as requested by the Court.

Finally, the case serves as a reminder of how the duty of parties to a disclosure exercise is ongoing and that parties must continue to comply with their disclosure obligations, even if relevant documents are noted at a later date after inspection has commenced. 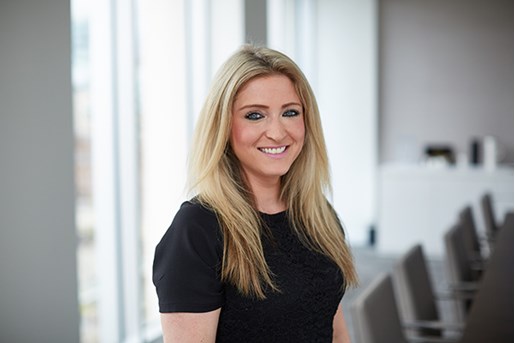