What happened to DECC? - Key Q&As

On 13 July 2016 Theresa May became the new Prime Minister and on 14 July she began to rearrange a number of Government departments, including the Department of Energy and Climate Change (DECC).

So Energy is part of the new department, but no mention of climate change?

True, and that did cause consternation at first, but BEIS quickly issued this blog:

"A number of publications have been speculating on the merging of BIS and DECC into the newly formed Department for Business, Energy and Industrial Strategy, and the reactions from green campaigners.

Friends of the Earth and Greenpeace, among others, have expressed their concerns over the omission of ‘climate change’ from the department’s title, claiming that this demonstrates the downgrading of the issue's status as a government priority.

Our view: Tackling climate change remains a key priority for the government with the creation of BEIS and is essential in ensuring economic prosperity and security for our country.

We are committed to the UK Climate Change Act and the Global Deal signed in Paris and have already accepted the recommendation of the Committee on Climate Change on the 5th Carbon Budget."

So what will BEIS do?

We are responsible for:

That sounds like a lot to do! Will energy and climate change take a back seat?

Hopefully not, and in many ways putting energy back with business (as it was before DECC was created in 2008) is a more logical fit, so that energy policy can work with industry such as steel. Former energy minister Greg Barker told Utility Week: “I think bringing together energy, climate change and industrial strategy under one roof is going to make for a much more effective approach to decarbonising the economy as a whole and will allow for a more comprehensive and ambitious strategy across government.”

Who are the main ministers at BEIS and what are their responsibilities?

The final line-up was only announced on 1 August – a couple of weeks after the Department was formed.

A former Shadow Secretary for Energy and Climate Change, Greg Clark has a strong track record of supporting the decarbonisation agenda. He has overall responsibility for BEIS.

Son of Douglas Hurd, Nick also has 'green' credentials, and won the 2016 Green Ribbon award for Parliamentarian of the Year "for his leadership on pushing a green Conservative message from the backbenches, through his Chairmanship of the All Party Parliamentary Environment Group, as a Member of the Environmental Audit Committee and now through his work as DFID Minister. He is a moderniser, having introduced the Sustainable Communities Act through a Private Members Bill and was the Chair of the Climate Change group of the Party’s Quality of Life policy review commission in opposition. Nick has shown integrity throughout his career and it is this commitment to a green mandate that impressed the judges most."

He is responsible for:

Baroness Neville-Rolfe, Minister of State for Energy and Intellectual Property

Lucy Neville-Rolfe is responsible for:

Energy and IP might seem a strange mix, but given the amount of innovation in the energy industry, it is actually a logical fit.

The Parliamentary Under Secretary of State supports the Minister for Climate Change and Industry (Nick Hurd).

Jesse Norman MP, Parliamentary Under Secretary of State, Minister for Industry and Energy

The Parliamentary Under Secretary of State supports the work of the Minister for Climate Change and Industry (Nick Hurd) and the Minister for Energy and Intellectual Property (Baroness Neville-Rolfe). Responsibilities include:

Jo is Boris Johnson's brother. He is responsible for:

So has BEIS legally taken over from DECC now?

Not yet – there needs to be an Order in Council made under section 1 or 2 of the Ministers of the Crown Act 1975 to dissolve a ministerial department and transfer its responsibilities to a new department. This will need to be laid before Parliament when it reconvenes in September.

What's happened to the National Nuclear Laboratory, which was wholly owned by DECC?

Presumably when BEIS is formally constituted by Order, it will transfer to BEIS.

What's happening with the OGA?

The Oil and Gas Authority was an executive agency of DECC and was established as an independent arms-length regulator by the Energy Act 2016. It is due to be established as an independent government company on 1 October, when it will be vested with powers including: access to operators meetings; data acquisition and retention; dispute resolution; and sanctions; along with the transfer of existing powers from DECC/BEIS. It will now be working with BEIS instead of DECC.

Have all of DECC's responsibilities been transferred?

According to Civil Service World, DBEIS minister Margot James confirmed on 27 July that all civil servants previously working for the energy department would be moving to the new organisation, with "all of its functions" being incorporated in DBEIS. But she said the departments' full portfolio of policy responsibilities, as well as its ministerial allocations, was "being agreed and will be announced in due course". Those announcements were made on 1 August – see above.

Where will BEIS be based?

There are rumours that David Davis' new 'Brexit' department wants the old DECC building – not least because it has a nuclear bunker underneath it!

How do you pronounce BEIS?

"Beas" apparently – like "beast" but without the "t". Read more 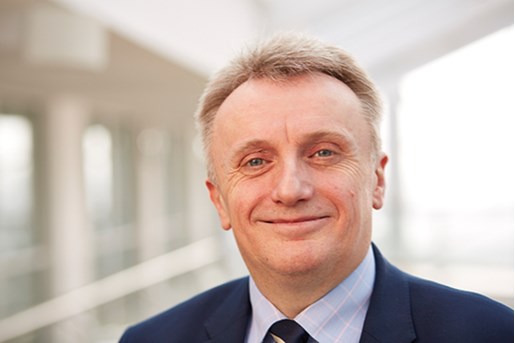