Another year of very substantial progress, financially and operationally

We continue to perform very strongly; record revenue and profit underpinned by even greater cash reserves

"Another very strong year – financially and operationally. Organic revenue growth of 14 per cent combined with a 37 per cent profit margin and our second consecutive year of double digit growth shows the resilience, strength and ambition across our business with all divisions, every office and every jurisdiction outperforming plan.

"We have now exceeded the KPIs we set ourselves in 2014, and seeing great progress in key markets, particularly in the City where last year we advised 40 per cent of all FTSE100 listed PropCo's and on nearly a quarter of all UK public takeover bids. After five years of growth we are 60 per cent bigger than in 2013/14, and last year delivered record levels of profit whilst continuing to invest substantially in our operations and client teams across the firm - in London, Asia, Europe and the Middle East.

"And we have continued to invest heavily in the wellbeing of our people, most notably the Mindful Business Charter in collaboration with Barclays and others to tackle and reduce avoidable stress in ways of working within the legal sector."

Throughout the year, not including the five new partners who joined the firm in Germany, we have across England, Scotland, Asia and the GCC, added 20+ new partners, both laterally hired and internally promoted, including: 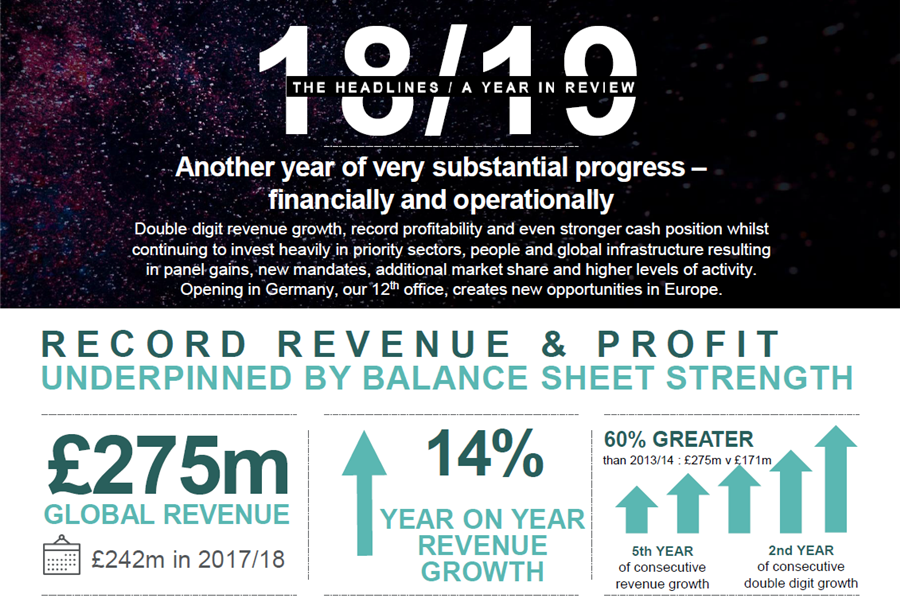