Jurisdiction clauses are an essential component in the effectiveness of rights and remedies in investment agreements and investment fund documents.

Brexit has added to the difficulties surrounding jurisdiction clauses. The UK formerly benefited from the 2001 Brussels Regulation and Recast Brussels Regulation through its membership of the European Union; however, this is no longer the case since Brexit. The UK has applied in its own right to join the Lugano Convention which contains very similar rules – and the EU is seeking to block its entry.  This may result in significant problems related to agreements governed by the law of one of the UK member states.

In this blog, we discuss:

We routinely see the following types of jurisdiction clause in investment agreements:

Exclusive – intended to prevent one party from bringing proceedings against the other in the courts of any country other than the country specified in the agreement.

Non-exclusive – enables either party to bring proceedings against the other, either in the courts of the country specified in the agreement or the courts of any other country which could have jurisdiction over the dispute in accordance with its local law rules.

Tiered – specifies a series of dispute resolution steps, such as negotiation by principals, followed by mediation, followed by litigation in the courts.

Arbitration – specifies that all disputes must be referred to arbitration.

Asymmetrical clauses are particularly common in investment fund documents, with an exclusive jurisdiction clause applying only to claims brought by an investor.

Sophisticated clauses may combine elements of one or more of these types of clause. For example, a tiered clause may provide for arbitration rather than national courts as the 'final step' in the dispute resolution process. Similarly, an asymmetrical clause may provide for disputes to be resolved by arbitration but permit one party an option to sue in named national courts, or vice versa.

There is therefore a very wide range of possible jurisdiction clauses which may be adapted and adopted to suit the needs of the party drafting the agreement.

WHAT CAN GO WRONG?

Investors who agree to a general non-exclusive jurisdiction clauses are opening themselves up to the risk of proceedings being brought against them in an inappropriate jurisdiction, resulting in additional costs and legal uncertainty.

There is therefore a risk of parallel proceedings being brought, and conflicting judgments being given, in any agreement which contains a non-exclusive jurisdiction clause.

Currently, due to Brexit, it is wholly unclear whether an English non-exclusive jurisdiction clause will be respected, and any resulting judgment enforced by the courts of an EU member state. This will depend on the domestic laws of the individual member state in question.

There is also a risk of parallel proceedings (proceedings being brought in different member states, with the associated risk of conflicting judgments) as it is not clear whether an EU member state would exercise its discretion to stay its proceedings or decline jurisdiction in circumstances where proceedings were already afoot in the English court pursuant to a non-exclusive jurisdiction clause.

The UK is seeking to re-accede in its own right to the much more detailed Luguano Convention 2007, which is not limited to exclusive jurisdiction clauses, but needs unanimous consent from the Lugano contracting parties (including the EU as a bloc) to do so. The European Commission recently formally rejected the UK's request to join Lugano.

At times the jurisdiction clause in the contract will be legally enforceable but not commercially enforceable, meaning the resulting judgment has no commercial value.  This may be due to the lack of a reciprocal enforcement treaty between the country whose courts decided the case and the country in which the losing party's assets are located and the judgment needs to be enforced.

The right to arbitrate is contractual. If an arbitration clause is not properly drafted and/or conditions are not satisfied in a particular case, the tribunal may not have jurisdiction and any award already given could be void.

Arbitrations are generally held in private, which reduces the risk of adverse publicity for the parties. This often works to the benefit of the investment manager (as the service provider) and the reduction in reputational risk can make proceedings more difficult to settle.

WHAT SHOULD YOU THINK ABOUT?

When drafting or reviewing a jurisdiction clause, think about the following: 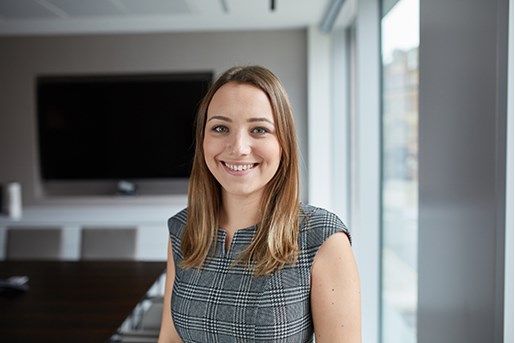