In this article, we advance the view that the Oireachtas missed an opportunity to reform the structures of the existing fitness-to-practise processes, having regard to the increasing number and complexity of cases. In particular, the Oireachtas failed to address the role of the FTP/inquiry committee and the role of the Council/Board in sanctioning professionals which we argue is anomalous and places a significant burden on the Council/Board in the performance of its functions. We also set out an alternative approach which we believe would work more effectively for regulators and enable the regulatory process to run more efficiently and effectively for all participants in the inquiry process.

The 2020 Act has addressed a number of gaps in the legislative regimes governing the operations of the regulators outlined above. There is a particular focus in the 2020 Act on addressing multi-jurisdictional issues. The 2020 Act makes it easier for the regulators in question to obtain information in relation to a professional’s registration and conduct in another jurisdiction and to take appropriate regulatory steps where a professional has been the subject of regulatory proceedings in another jurisdiction. Further, the 2020 Act provides an express statutory power to the chief executive officers of certain regulators to seek information regarding a registrant’s criminal record from An Garda Síochána.

The 2020 Act has attempted to streamline the FTP inquiry process for some of the regulators through increased use of undertakings at an earlier stage, clarifying the entitlement to appeal sanctions imposed by regulatory bodies and has addressed a significant gap by permitting orders and decisions of overseas regulatory bodies be admitted as evidence in fitness-to-practise inquiries held by the aforementioned regulators. In addition, the requirements on regulators regarding notification and publication of sanctions has been clarified.

Each of the above changes are to be welcomed and represent progress on the road to a more efficient and effective system. However, bearing in mind the volume of complaints and the challenges faced by regulators in dealing effectively and efficiently with complaints, the 2020 Act represents a missed opportunity to reform the professional regulatory systems of the major professional regulators in order to make the process more effective and work better for registrants, complainants, the regulators themselves and the public in general.

It is clear from reviewing the 2020 Act that the aim of the Oireachtas in enacting it was to streamline rather than overhaul. The 2020 Act merely amends the primary legislation governing each of the relevant professions, rather than repealing and replacing the relevant legislation. However, one would have to query whether this was the right approach given the suitability of the structure of the existing FTP processes. Many regulators are facing increasing numbers of complaints, which are more complex in nature. These complaints are taking longer to deal with and are soaking up greater resources, which has significant consequences for the professional who is the subject of the complaint, the complainant and the general public. Further, in choosing not to overhaul, the Oireachtas missed an opportunity to create a more efficient and effective system of regulation.

The 2020 Act does not alter the fundamentals of the existing FTP structure for most of the professional regulators. The preliminary screening stage, the inquiry committee stage, the Council/Board sanction stage and High Court confirmation stage remain intact for the majority of those regulators. This represents a missed opportunity to address some significant deficits in the process. Most fundamentally, the 2020 Act does not address the role of the FTP/inquiry committee and the role of the Council/Board in sanctioning professionals and the burden that the existing process places on the Council/Board in the sanction process.

As matters currently stand, the inquiry committee is tasked with hearing evidence and making findings in respect of allegations of misconduct or poor professional performance, as the case may be, and, thereafter, is required to prepare a report for the Council or Board to facilitate that body in imposing the appropriate sanction, if the registrant is found guilty. This process means that the inquiry committee that heard all of the evidence and made findings is not itself empowered to impose sanctions, despite being in the optimum position to do so having heard the evidence. Instead, it provides a report to the Board or Council, who will be required to impose sanction without having heard any of the evidence at inquiry, and merely on oral submissions, the written evidence presented at inquiry and transcripts of the inquiry hearings.

This must be considered to be a sub-optimal approach for all parties in the process. As a matter of principle, the body that is in the best position to impose sanction is the body that has heard the evidence and submissions of the parties in full, subject to appropriate, constitutionally required oversight by the Courts. The Council/Board is placed in the extremely difficult position of trying to understand the issues at inquiry and the gravity of a matter through reviewing the report of the Committee and potentially thousands of pages of documentation and transcripts. Various inquiry committees have attempted to address this issue by providing written recommendations as to the appropriate sanction to be imposed for the Board/Council’s consideration. However, whilst this is of some practical assistance, the Board/Council is still the body responsible for the imposition of sanction under the legislation, not the committee. Therefore, the Board/Council cannot simply defer to the committee’s views on sanction. It must make its own assessment and, if the Council/Board depart from the recommendation of the committee, recent authority indicates that the Council/Board must give reasons for this, per Kelly P in Nursing and Midwifery Board of Ireland v MMG.

Further, it should be borne in mind that the Council/Board will usually have to deal with multiple sanction matters together in addition to dealing with its other statutory obligations and functions. The Council/Board members, who are performing their roles in addition to their own occupations, will have to review potentially thousands of pages of documentation for multiple matters in advance of sanction meetings and will still remain in the inferior position of not having heard the evidence presented before the inquiry committee. The requirement for the Board/Council to consider sanction also has the disadvantage of lengthening the amount of time it takes for the complaints process to run its course, through no fault of any person. The requirement for the Council to consider sanction, as opposed to the inquiry committee, can add weeks or months to the length of the complaints process, depending on the number of complaints in the pipeline to be dealt with. This task is rendered more complex in the case of the Council of CORU, who will have to deal with reports from inquiry committees in respect of different professions.

It is important to note that the genesis for the current inquiry and sanction structure dates from the late 1970s and 1980s, at a time when the number of complaints was significantly less than it is today. For example, in 2001, the Nursing and Midwifery Board of Ireland received 19 complaints whereas, in 2020, it received 172 complaints. Also, under the older professional regulatory regimes, the Council/Board was previously required to consider both the imposition of findings and sanction. By way of example, under the Nurses Act 1985, the Fitness-to-Practise Committee would hear the evidence and prepare a report for the Board setting out its views as to the appropriate findings in respect of the allegations but it would be a matter for the Board to determine whether to make findings against the registrant and the registrant would be entitled to attend before the Board to address the Board and make submissions in respect of the report of the committee. This approach was modified to the status quo through various individual pieces of legislation from 2005 to 2011 governing each profession to remove the requirement for the Council or Board to make findings but reserving the issue of sanction to the Council or Board.

It would seem essential that any future legislative reform should address the identified anomaly by, for example, permitting the inquiry committee to proceed to sanction the registrant if findings are made, subject to the appropriate judicial oversight and scrutiny, without the need for the matter to be brought to the Council/Board. This process would have a number of advantages, namely:-

3. The complaints process would be shortened as one important step would effectively be removed. This would be a significant advantage to all participants in the regulatory process and would ensure that the efficiency and effectiveness of the process and public confidence in it is maintained.

Significant legislative amendments would be required to implement this change, and additional membership, resources and support for inquiry committees may also be necessary. However, the rationale for maintaining the existing approach is not clear and, further, there would appear to be significant advantages to the proposed approach.

The issue identified above is just one example of opportunities for reform that were missed in the 2020 Act but may be taken up in future by the Oireachtas. Whilst the amendments brought about by the 2020 Act are welcome, creating a more streamlined and effective inquiry structure is vital in order to ensure that complaints can be dealt with as fairly, efficiently and effectively as possible with the ultimate aim of ensuring that public confidence in the professional regulatory system is maintained and developed. 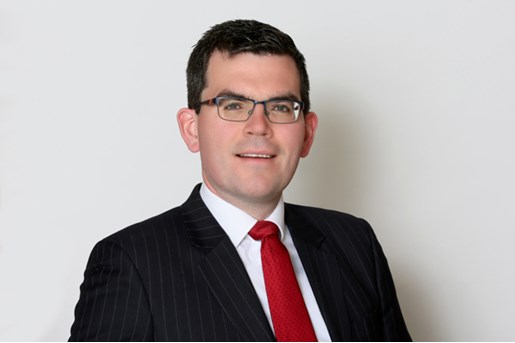