No director relishes learning that their company may have engaged in misconduct such that they have to decide whether to voluntarily self-report any suspicions to an enforcement agency.

Directors are fiduciaries of their companies and are legally required to put the interests of the company’s stakeholders first, including decisions whether to self-report. Misconduct can come to light against many and varied backdrops that make the pros and cons of self-reporting a complex decision. When preparing to make such decisions, directors should be aware of a 2021 case where a company’s decision not to self-report became the subject of severe judicial criticism.

The Serious Fraud Office (SFO) approached Amec Foster Wheeler Energy (AFWE) in 2017 about its use of agents to win a design and engineering contract for a gas-to-chemical complex in Brazil. On at least four occasions between 2007 and 2010, the then-Foster Wheeler Group had instructed an external law firm to investigate concerns that employees of its subsidiary, Foster Wheeler Energy, had engaged in, and in some instances concealed, corrupt activities.

The investigation uncovered evidence that senior employees and directors may have violated laws relating to bribery and record keeping. The board of directors of Foster Wheeler Ltd (FWL) – the ultimate parent company – did not report this to authorities in any jurisdiction; there was no legal requirement to do so.

The issues nonetheless came to the SFO’s attention, seemingly as a result of information provided by AFWE to the SFO in the course of a different investigation or as a result of investigations being conducted into third parties by other global anti-corruption agencies. Ultimately AFWE was offered a deferred prosecution agreement to resolve the matter with the SFO (DPA). Allowed in the UK since 2014, a DPA is a settlement between a corporate defendant and a prosecutor, only available at the prosecutor’s discretion and invitation. A prosecutor only makes such an invitation if it considers the DPA an appropriate alternative to prosecution of a company and where it would be in the public interest to agree one.

There have been 12 DPAs in the UK, although only the details of 10 are currently public. In AFWE’s case, it paid a financial penalty and costs totalling £103m in the UK, as part of a US$177m global settlement that also included US and Brazilian authorities. In doing so, it took responsibility for 10 offences relating to the use of corrupt agents by the legacy Foster Wheeler business.

A DPA is not available to every potential corporate defendant, and will only be offered in certain circumstances, specifically, where the company has offered its co-operation to law enforcement. The UK’s DPA guidance states that ‘Voluntary self-reporting [of] suspected wrongdoing within a reasonable time of those suspicions coming to light is an important aspect of co-operation.’ As co-operation is essential to being offered a DPA, the pros and cons of self-reporting are important considerations to weigh. The DPA guidance does not, however, specifically require self-reporting. DPAs may be obtained in the absence of self-reporting where the threshold for co-operation and other factors are met: two significant DPAs have been agreed where companies had not self-reported first.

In this case, extensive co-operation began once John Wood Group PLC acquired AFWE in 2017. Amongst other things, it agreed to a limited waiver of legal professional privilege, provided information from the internal investigations and conducted an extensive remediation programme.

DPAs must be approved by the court, and when considering the AFWE DPA, Lord Justice Edis made it clear that AFWE’s co-operation was crucial in his decision to approve the DPA. He was, however, highly critical of the company’s decision not to make an earlier self-report of suspected misconduct, which had dated back to 2007. He said:

‘[Material from the time] suggests to me that the main board of FWL was primarily concerned to minimise the adverse consequences of the offending for the group. In my judgment the proper course for it to have adopted, not as a matter of legal duty, but as a matter of ethical corporate governance, was to report the known facts to the SFO…

I accept that there was no legal requirement to report suspected crime to the authorities, but there is a moral duty on all citizens in this respect which extends at least equally to corporations. This failure by the board of FWL was deplorable.’

Edis LJ hoped the DPA would have ‘a beneficial effect on the behaviour of organisations within the jurisdiction of the SFO in that they will be encouraged to report wrongdoing within their organisations when they discover it, and when they find evidence of it on acquiring another entity.

Although there are circumstances in which a company is obliged to report misconduct to the authorities, it is often a choice. Sometimes, self-reporting is not optional and the reporting decision is straightforward. For example, concerns about money laundering can lead to compulsory disclosures. But for the most part self-reporting decisions are complex, and highly fact-specific determinations. There is no general rule that misconduct has to be self-reported. That makes sense because persons, be they natural or legal, are not obliged to incriminate themselves.

The AFWE judgment does not change the law in relation to self-reporting or self-incrimination. The judgment is nonetheless an important one and highlights an additional risk of judicial criticism that directors should take into account when making a decision whether to self-report.

It remains the case that directors can act responsibly without necessarily deciding to self-report. It may be that it is not in the interests of the company’s stakeholders to self-report for whatever reason. The model of ‘investigate and remediate’ can be a key component of a strong compliance programme driving ethical business. Indeed, one feature of the AFWE case that likely weighed on the judge’s mind was that the company failed to prevent the misconduct from recurring after it had come to light following internal
investigation. Had the remediation been successful, the decision not to self-report may not have attracted the level of criticism that it did.

Subsequent to this AFWE case, the possibility of judicial criticism for failure to self-report is an additional risk to which legal advisers should alert boards when presenting their findings from investigations and advising companies of next steps. It is not determinative, but it is highly relevant. The views of Edis LJ do not change the law, but they may reflect changing judicial and regulatory expectations of board and corporate behaviour.

Addleshaw Goddard’s 40+ global investigations practitioners are market leaders in advising clients on the conduct of internal and government investigations and specialise in all aspects of corporate crime, including bribery and corruption, sanctions, money laundering, fraud and asset recovery.

This article was first published in the Autumn 2022 issue of In-House Lawyer Magazine. 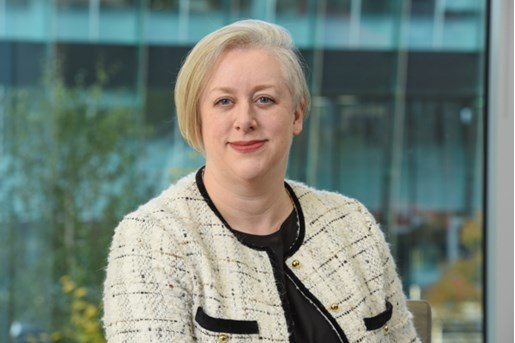 Is it possible to mitigate AML enforcement risks effectively?

Internal investigations as a tool of corporate governance