Getting on Board: why not, if it is a Dispute Board?

For the uninitiated, dispute boards involve an independent panel of individual(s) that assist parties to avoid or resolve disputes in a timely, cost efficient manner (without resorting to formal resolution methods like arbitration or litigation).

Experienced players in the construction industry would be no stranger to dispute boards which have been present since the 1960s[1].

Over the last few decades, dispute boards have gained wider international acceptance following their introduction by the International Federation of Consulting Engineers ("FIDIC") in the Design-Build and Turnkey 1st Ed (1995 Orange Book) forms of contract. The FIDIC suite of contracts has evolved over time to include the now iconic dispute (adjudication) boards across the entire suite culminating in its new forms in the 2017 edition.

Even the International Chamber of Commerce (the "ICC"), typically known for administering arbitrations, recognises the key role dispute boards play as a dispute resolution mechanism. In 2004, the ICC established a set of Dispute Board Rules[2], aimed at assisting parties in setting up and operating dispute boards.

Compared to the rest of the world, however, dispute boards have not been fully embraced in South East Asia. However, there is significant potential for the tide to shift in the near future.

The growing prominence of dispute boards in South East Asia

Dispute boards have a number of notable similarities to expert determination (which has received wide acceptance in the construction industry):

The key difference between the forms of resolution is the timing of when dispute board members and experts are appointed. Dispute board members can be appointed from the inception of the project, and therefore require less background briefing documents when a dispute arises. They will therefore also deal with all disputes irrespective of subject matter. In contrast, experts are only appointed when parties decide to proceed with an expert determination to resolve a dispute, which means that the parties are afforded greater flexibility to select an expert with relevant expertise based on the subject matter of the dispute.

Notably, in 2018, Singapore introduced a new variant of dispute board via the Singapore Infrastructure Dispute-Management Protocol (the "SIDP"). Under this protocol, a dispute board is appointed from project inception and composed of up to three professionals who are experts in relevant fields such as engineering, quantity surveying and law. Unlike the original idea of a dispute board, the SIDP is more expansive, empowered to hold site visits and meetings, order the production of documents, and carries the extra weight by being supported by the Singapore International Mediation Centre and Singapore Mediation Centre.

A bright future for dispute boards

Dispute boards are one of the best ways to resolve disputes. The procedure is cost and time efficient, less damaging to relationships and is reputable for producing high quality outcomes (with a good chance of being accepted by the parties and thus bringing the dispute to an end).

Further, on the practical front, parties can agree for decisions made by a dispute board to be contractually binding (and therefore enforceable) unless overturned by a final court or arbitral award. In the event the parties proceed to litigation or arbitration, parties ought be aware that arbitrators and judges are likely to be guided (though not bound) by the decision of a dispute board. A (well-reasoned) dispute board decision thus provides the parties with some indication of the final outcome of the dispute, which they can then use to (re)consider their respective positions and arrive at a realistic settlement in a timely manner.

The future appears bright for the adoption of dispute boards in South East Asia. There is an expected uptick in large and complex projects with the Asian Development Bank predicting that Asia will need more than US$1.7 trillion of infrastructure per year between 2016 and 2030. Combined with the factors above, we expect to see a growing prominence of dispute boards in the region.

[1] The earliest reported use of a dispute board was on Boundary Dam in Washington in the 1960s (the dispute board in this case was known as the "Joint Consulting Board").
[2] The latest edition is the 2015 Dispute Board Rules. 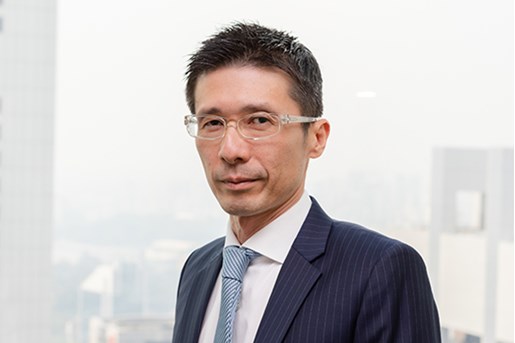 A new era for Third Party Funding in International Arbitration in Asia?