Repatriating confiscated assets to their countries of origin: is the UK doing enough?

Global corruption is its own economy: so-called illicit financial flows run into billions if not trillions of dollars annually, in bribes, stolen public funds and diverted foreign aid and foreign direct investment, among other common forms of corruption. People living in developing and transition countries suffer corruption's worst effects, with the loss of investment in public health killing an estimated 140,000 children every year[1].

Despite the supranational nature of the UNCAC, in reality successful repatriation of assets has tended to be based in longer terms commitments between individual states and/or case-by-case agreements; that is to say, the UNCAC provides a framework, but states still have much to do to reach the point where assets are transferred back to their countries of origin.

The UK's record on repatriation

The Proceeds of Crime Act 2002 is the UK's principal asset recovery legislation. Confiscation orders can be made after a conviction in the domestic courts, and civil forfeiture orders may be pursued by prosecutors even where there is no conviction. In 2017, the UK introduced unexplained wealth orders ("UWO/s"), a main target of which are politically exposed people outside of the EU and their associates, who have assets in the UK which on paper they seem unable to afford. UWOs require the respondent to demonstrate the source of their wealth, failing which the respondent's assets may be confiscated. A strength of UWOs is that they do not require a criminal conviction. The UN General Assembly Special Session against Corruption 2021 called for the wider introduction and better application of non-conviction based forfeiture to improve rates of asset recovery and return[4].

Through its asset recovery legislation; the introduction of a beneficial ownership register (albeit one that could go further by requiring overseas companies purchasing UK property to declare who their ultimate beneficial owners are); published guidance on the recovery and repatriation of assets stolen from foreign jurisdictions, "Obtaining Assistance from the UK in Asset Recovery: A Guide for International Partners"[5]; coupled with asset recovery policy initiatives at government and prosecutorial/law enforcement level, the UK has demonstrated political will to identify and return misappropriated assets to their countries of origin.

It is perhaps the lack of specific legislation in the UK that has resulted in a piecemeal repatriation of assets:

How can international repatriation of funds be improved?

A better process for identifying victims and the appropriate entity to receive repatriated assets would arguably have assisted in the above SFO case concerning bribery in Kenya and Mauritania, where the court refused an SFO application for a compensation order to be made in Kenya's favour, stating, among other reasons, that it was not clear who the recipient ought to be nor that any compensation awarded would reach that recipient. As a result, it was at the SFO's discretion that £349,000 was eventually paid to the Kenyan Government.

Of course, the difficulties in delivering effective asset recovery and repatriation are not unique to the UK. A 2020 survey of States Parties to the UNCAC, conducted by the Stolen Asset Recovery Initiative of the UN Office on Drugs and Crime and the World Bank, revealed that just US$2.4 billion of confiscated assets were returned to their countries of origin between 2010 and 2020, US$740 million of which were funds returned to Malaysia in 2019 and 2020 linked to the 1MDB investment fraud. Given the far greater sums that would have been misappropriated during this ten-year period, it is unsurprising that Transparency International describes this global rate of return as "disturbingly low".

Greater international co-ordination is required among confiscating or would-be confiscating states to give proper and practical effect to the UNCAC's asset recovery and repatriation measures, by creating a template for the implementation of repatriation provisions in domestic legislation that also details a procedure for dealing with confiscated assets.

Almost two decades since the adoption of the UNCAC, the process for returning stolen assets is fraught with practical and logistical difficulties, each case demanding the investment of significant resource in both confiscating and receiving countries to ensure that returned assets reach the right people without being vulnerable to misappropriation. Yet given the enormous scale of losses from corruption in developing and transition countries, and the destruction this wreaks on their citizens and civic society, it is vital that the UK takes the necessary domestic steps and a leading role internationally to vastly improve the rate at which illicit financial flows are recovered and returned to their countries of origin.

[4] Special session of the General Assembly (UNGASS) against corruption 2021

[5] Obtaining Assistance from the UK in Asset Recovery: A Guide for International Partners 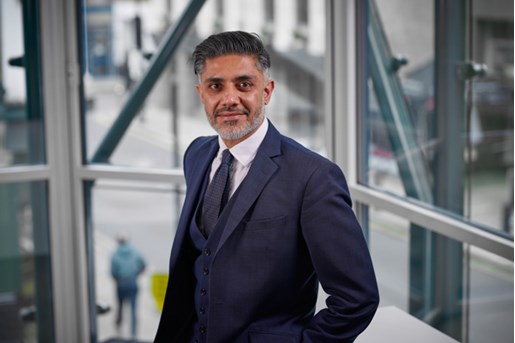 Disclosure obligations – celebrity no exception to the rules