On 1 January 2021, the UK officially left the EU with an eleventh-hour deal. However, the UK-EU Trade and Cooperation Agreement (the "TCA") does not deal with cross-border restructuring and insolvency matters at all, effectively resulting in a 'hard Brexit'.  Consequently, the following no longer applies to UK proceedings commenced from 1 January 2021 onward:

Main proceedings are automatically recognised and produce similar procedural effects throughout the EU. In the UK, administrations, liquidations, receiverships and company voluntary arrangements would each constitute a main proceeding under the Recast Insolvency Regulation. Following the recent convening hearing for the gategroup restructuring plan, we now know that a restructuring plan ("RP") would also constitute an 'insolvency proceeding', had the Recast Insolvency Regulation still applied to the UK[1].

As UK insolvency proceedings no longer benefit from automatic recognition under the Recast Insolvency Regulation, officeholders will need to apply to the courts of the relevant member state for recognition. This may incur additional time and cost, further compounded if a debtor has assets in multiple member states with court applications being required in each.

If recognition is refused by a member state, this may need to be addressed by the opening of parallel proceedings, which also has time and cost implications as well as added complexity.

The UNCITRAL Model Law and inbound recognition: do foreign jurisdictions have it easier?

The UNCITRAL Model Law on Cross-Border Insolvency (the "Model Law") facilitates cross-border matters by enabling domestic courts to recognise foreign insolvency proceedings. The UK[2] and the United States[3] have adopted the Model law into local legislation.  The adoption allows for the recognition of foreign proceedings on a basis that does not require reciprocation or the adoption of the Model Law by the applicant jurisdiction.

Among member states, only Greece, Poland, Romania and Slovenia have adopted the Model Law with no indication that it will be adopted more widely across the EU. However, 25 of the 27 member states of the EU have some form of domestic recognition regime[4], with UK proceedings benefitting from varying degrees of automatic recognition in certain jurisdictions such as Germany and the Netherlands.

Whilst this does not provide the ease or effectiveness of the Recast Insolvency Regulation, these routes do, broadly, allow an effective workaround from the problems caused by Brexit.

Schemes of arrangement and restructuring plans

The Brussels Regulation and the Lugano Convention

In considering whether it has jurisdiction to sanction a Scheme or RP that compromises foreign creditors, the UK courts will look to, among other things, whether the scheme/plan is sufficiently connected to the UK and the likelihood of the scheme/plan achieving its purpose (i.e. being recognised in foreign jurisdictions).

For Schemes in particular[5], the UK courts were able to exercise jurisdiction under the Brussels Regulation[6] on the basis that (i) certain 'anchor creditors' domiciled in the UK were also subject to the scheme[7], and (ii) the parties contractually agreed that the UK courts have jurisdiction[8]. Once a Scheme had been sanctioned, the Brussels Regulation provided for its automatic recognition across the EU.

"All roads lead to Rome"

Following the Virgin Atlantic Airways RP (in which AG acted for a key trade creditor) similarities between the Scheme and the RP means that existing Scheme case law will be applied to RPs[9]. Despite Brexit, Schemes and RPs are unlikely to suffer due to jurisdiction for both processes being established under Regulation (EC) No 593/2008 of the European Parliament and of the Council of 17 June 2008 on the law applicable to contractual obligations ("Rome I").

Rome I, which still binds all member states, provides that the law applicable to a contract shall govern the various ways of extinguishing the obligations under that contract. For as long as finance documents in cross-border transactions are governed by English law, Rome I should protect the recognition of Schemes and RPs within the EU. Additionally, the long-standing Gibbs principle[10] minimises the possibility of a Scheme or RP being replaced by a foreign restructuring procedure as a means of restructuring English law-governed debt.

It is also possible that the 2005 Hague Convention on Choice of Court Agreements (the "Hague Convention") may also support Schemes on the question of jurisdiction and recognition, although this remains untested. In any event, the Hague Convention (like the Brussels Regulation and the Lugano Convention) does not apply to insolvency proceedings which means that it could not be relied upon for the recognition of RPs. For consistency, it would seem sensible for both Schemes and RPs to rely on Rome I going forward.

Where does this leave us?

The TCA's omission of all cross-border restructuring and insolvency matters has invariably made the recognition of restructuring and insolvency proceedings less straightforward. However, there are still a number of options to fall back on, most notably the domestic regimes of those member states that allow for recognition either automatically or by way of a court application.

In respect of Schemes and RPs, both tools should still prove to be attractive restructuring options due to the application of Rome I and the operation of the Gibbs principle. We expect to continue seeing both procedures used for cross-border matters as debtors seek to optimise their balance sheets in a post-COVID economic environment.

[1] Re Gategroup Guarantee Ltd [2021] EWHC 304 (Ch). The procedure is only available to debtors likely to encounter financial difficulties unlike the scheme of arrangement which can be used outside of an insolvency context.

[5] We note that the Virgin Atlantic Airways RP also relied on the Brussels Regulation, although the gategroup RP would indicate that this should not have been the case.

[10] The Gibbs principle prohibits a foreign restructuring process from discharging or compromising an English law-governed debt (Anthony Gibbs & Sons v La Société Industrielle et Commerciale des Métaux (1890) 25 QBD 399). It has been the subject of criticism due to its incompatibility with the concept of 'modified universalism'. 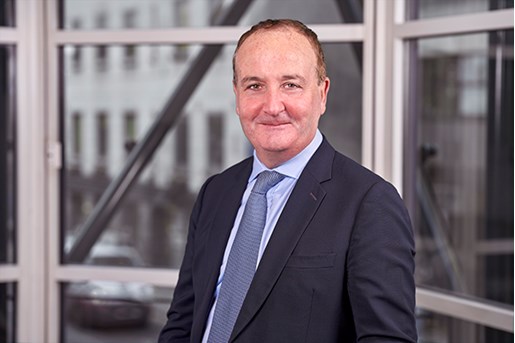 Focused on creditors, including institutional lenders, bondholders and special situations teams, our Restructuring team is one of the largest nationally with over 40 dedicated lawyers. The team capitalises upon the firm's international offices, particularly in HK and the UAE as well as a preferred firm network to deliver a seamless cross-border offering.

What's ahead in employment law for 2022?