The Agency will be mandated to increase public land available for the provision of housing. The Bill provides for the direct intervention by the State into the housing market, with the State to act as a largescale developer. In this briefing we examine the aims and powers of the Agency.

Delivery of Housing by the State

The aim of the Bill is to increase the supply of housing, particularly affordable and social housing, to deal with a growing population and changing demographics. Public lands are to be used to combat long term housing shortages and counteract segregation in housing schemes between persons of different social backgrounds. It is stated that the Agency will enable sustainable development of new and regenerated communities, adequately serviced with schools, public transport and public amenities. By relying on economies of scale and efficiencies, where one entity is developing on large tracts of public lands, the Bill aims to make housing available for rent or purchase at an affordable price.

Functions of the Agency

The Agency’s broad remit and responsibilities include the following;

As a DAC, the Agency will have significant corporate borrowing powers including the power to borrow or create and issue bonds, debentures and other securities to a maximum total liability of €1.25bn. The Agency will be able to avail of grants from the Minister, lending facilities from the Housing Finance Agency and capitalisation from the National Treasury Management Agency through investment from the Ireland Strategic Investment Fund of up to €1.25bn.

The Agency will be required to establish and maintain a Register of Relevant Public Land of those lands near towns of up to 10,000 people. The Register is to contain a description of the lands along with ordnance maps and is to be available on the Agency’s website. The Agency will also have the power to inspect and carry out surveys of relevant public lands which will enable the Agency to periodically report to the Government on those lands that may be suitable for housing or urban development.

The Agency is to have a right of first refusal where any public authority intends to dispose of land and is to pay the public authority the full market price for the land. The Minister, in commenting on the Bill, noted that local authorities can transfer lands to the Agency without the requirement of a council vote, accelerating the process, clearing blockages and driving on development.

The Government is to review the Agency’s report of the available public land and may direct the Agency to acquire lands. The Agency is empowered to compulsorily acquire land, if in its opinion, the land is in an area where there is a need for housing and the land is necessary to provide access to or facilitate the provision of roads, water or other services or utilities required by housing on public land. It can only use such powers where it has failed to acquire such land by agreement. A court application will be required for the acquisition.

In any planning application for a development of 10 or more dwellings or a mixture of developments on public land, the planning authority shall require as a condition of planning permission that the applicant enter into an agreement for either:

The Bill proposes the direct intervention by the State into the housing market with the State assuming the role of a developer for the provision of housing at below market prices. The Agency, with a potential capitalisation of €1.25bn, and with its broad ranging powers conferred by the Act, will be enabled to carry out large scale developments over lands already in the possession of the State and by relying on economies of scale it is anticipated it will deliver affordable housing units.

The Bill envisages not just provision of housing, but also regeneration of communities and the introduction of sustainable developments, including the provision of publicly owned infrastructure, schools, transport and amenities to service new or existing developments. The Agency is to promote innovative construction methods including best environmental practice and climate adaptive housing.

As mentioned above, the Minister, in a press release, commented that local authorities can transfer lands to the Agency without the requirement of a council vote, accelerating the process, clearing blockages and driving on development. However, these views have received criticism from some concerned at the erosion of local authorities’ powers.

A Government press release has confirmed it is intended that the Bill will be brought to the Oireachtas in this Dáil session. This Bill, in tandem with the Affordable Housing Bill 2020, aims to increase housing stock, introduce housing at affordable prices, ease the pressure on the housing market and to give the State a significant role in achieving progress on these aims. 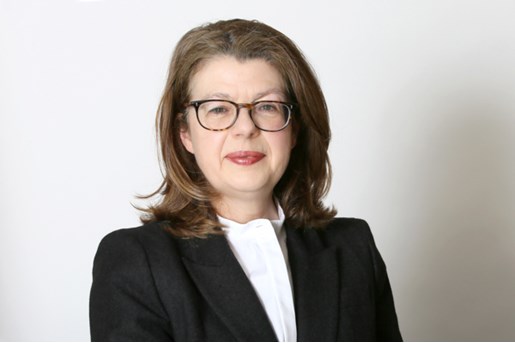