The Society for Computers and Law ("SCL") has launched an alternative contractual dispute resolution procedure for technology disputes.

The SCL's Adjudication Scheme (the "Scheme") is designed to be a swift and affordable procedure to resolve disputes whilst aiming to maintain parties' commercial relationships and goodwill in any ongoing technology projects. Launched in October 2019, it has been developed for any dispute arising from a contract for the provision of technology-related goods and services, including but not limited to:

The Scheme is voluntary and its use must be expressly agreed between the parties. There is no restriction on the size or scope of any dispute referred to the Scheme; the Scheme's only restriction is that the dispute be capable of resolution within 3 months. SCL anticipates the Scheme's uptake to be sharp, with parties being able to stipulate that disputes be referred to the Scheme using SCL's model clauses in new technology contracts immediately. However, the launch of the Scheme has attracted little comment.

The Scheme is certainly a welcome development in the alternative dispute resolution market: it offers a potentially quick, cost-effective route of redress for the increasing number of technology disputes arising out of high value and complex contracts in the sector. We consider the Scheme's key features below.

Adjudicators appointed under the Scheme are encouraged to resolve disputes "at the earliest opportunity", with a back stop date of 3 months. The procedure uses expedited timescales to achieve this, with statements of case to be exchanged between the parties within 30 working days of the commencement of the procedure (by service of a Dispute Notice). The Scheme is designed to be largely paper-based with strict limits imposed on the volume of documents each party may submit.

Whilst this swift process reduces costs, parties will have very limited time to prepare their statements of case, which may be unrealistic for complex disputes. The respondent has just 10 working days from receiving the claimant's statement of case to respond and serve any counterclaim, so key points may be missed and adjudicator's decisions may contain errors in complex disputes. Such decisions could then be challenged as they are only provisionally binding.

Adjudication is an established procedure for resolving construction disputes and in the majority of those cases, the parties do accept the adjudicator's decision. Given the Scheme's recent launch and parties' autonomy to refer their disputes to the Scheme, (which is not underpinned by legislation unlike in construction disputes for which the grounds of challenge are prescribed) the courts are unlikely to refuse to hear such challenges. As challenges are to be heard afresh, as opposed to focusing on the specific adjudicator's findings, the parties' costs will substantially increase if the dispute is reopened, undermining the Scheme's cost-effectiveness.

Parties' legal costs should be significantly lower than the costs of litigation or arbitration (assuming an adjudicator's decision is unchallenged) due to the Scheme's short (3 month) time frame. The parties are jointly and severally responsible for the adjudicator's fees and expenses and the adjudicator's decision will allocate the payment of the parties' costs, unless they agree on costs separately. As SCL identified a need for cheaper routes of redress for technology contracts, the Scheme caps the adjudicator and expert fees in an attempt to keep costs low and to provide parties with more certainty.

To ensure the Scheme is an efficient mechanism for dispute resolution, the adjudicator's decision can be enforced by the successful party applying to the Technology and Construction Court ("TCC"), the specialist court for complex technology and construction disputes.

Unless the adjudicator directs otherwise, the parties must immediately comply with the decision once it has been made under the Scheme. For example, should the order direct payment, this payment must be made in the time period prescribed, failing which the successful party can enforce this award using the TCC's rapid enforcement procedure.  Such enforcement proceedings are ordinarily expedited to be listed within 28 days. This will avoid any further unnecessary delays following resolution of the dispute under the Scheme.

SCL research found a need in the sector to identify more suitable and qualified adjudicators. In response, the Society established a pre-selected panel of adjudicators with both legal and non-legal technology specialists and the Scheme is designed to match adjudicators to the specific dispute. The panel approach is designed to speed up the procedure.  All adjudicators must satisfy SCL's eligibility criteria, so the parties can be assured of their expertise.

The Scheme provides an express obligation on both parties to act in good faith and to co-operate. The adjudicators are also under an express requirement to conduct the adjudication in a timely, cost-effective manner and to avoid incurring any unnecessary expense.

The Scheme's introduction has been welcomed as a more user-friendly and cost-efficient process than litigation, providing provisionally binding decisions for less complex technology disputes. It will be interesting to see whether the model clauses will in fact be adopted widely in the technology sector. Some commentators have called for the Scheme to become mandatory by law. The resolution of complex disputes is likely to be assisted by using an adjudicator with relevant expertise. But, as against that, the speed of the Scheme may be challenging. 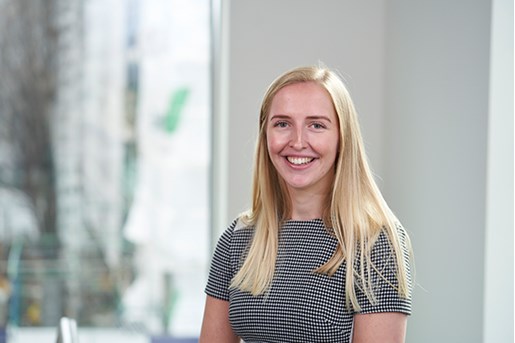