On 3 November 2020, the Ministry of Justice published the long-awaited response to its Call for Evidence on corporate criminal liability for economic crime. The Call for Evidence, which was launched in January 2017, sought views from industry and the public about whether there was a case for change to the current legislative regime.

There have long been calls for reform to the law in this area, on the basis that it presents a significant obstacle to tackling economic crime. At present, to establish corporate criminal liability, the prosecution must use the common law test of attribution, known as the "identification principle", to identify an individual who is the "directing mind and will" of the company and prove liability through his/her conduct and state of mind.

Many people have criticised this principle due to the difficulty in identifying the directing mind and will of large, multinational businesses where power is diffused throughout the layers of management. Lisa Osofsky, Director of the SFO, previously told the Justice Select Committee that she felt "hamstrung" by the principle, and that it is no longer fit for purpose in holding sophisticated corporates liable for economic crime.

Ministry of Justice Call for Evidence

The Ministry of Justice ran its Call for Evidence between January and March 2017. It canvassed views on five possible options for reform:

The Call for Evidence asked 16 questions, which included extending the "failure to prevent" offence which has already been adopted in relation to bribery and tax evasion offences, to other forms of economic crime. It considered the advantages and disadvantages of reform, particularly in terms of the compliance burden on businesses associated with the implementation of further strict liability offences.

Response to the Call for Evidence

A significant majority of respondents (75.9%) agreed that the identification doctrine inhibits holding companies to account for economic crimes. Many noted that it places a disproportionate burden upon small and medium-sized businesses because it is easier to identify the directing mind and will of such entities.  Notwithstanding this consensus, 57% of respondents were unable provide an example of where the identification doctrine had prevented a corporate prosecution.

Of the five options presented by the Ministry of Justice, not one achieved majority approval from the respondents.  The most popular option for reform was the failure to prevent offence in option three (46%). Those in favour of this option commented that it was "clear, would effectively encourage good governance and could be applied generally"[1]. Interestingly, the Government response emphasised that there were clearly preferences and opinions which the respondents did not feel were reflected by the five options set out in the Call for Evidence.

A slim majority of respondents (51.6%) believed that there is a case for introducing corporate failure to prevent economic crime offences based on section 7 of the Bribery Act 2010. Those not in favour emphasised the excessive administrative burden that this would create for businesses. Notably, 75.4% of respondents agreed that the adoption of the failure to prevent model for economic crimes would require companies to put in place additional measures to adjust to the existence of a new criminal offence. Nevertheless, the majority of respondents (66.7%) believed that the introduction of such an offence would result in improved corporate conduct.

Finally, 61.7% of respondents felt that deficiencies in the identification doctrine could only be remedied by the creation of a new offence. They agreed that other legislative or non-legislative remedies would be inadequate in addressing the deficiencies of the common law test.

Conclusions to the Call for Evidence

The Government response concluded that there was no new or significantly persuasive evidence to support the case for a change to the law, and no convincing majority on the preferred way ahead. As a result, the Government did not feel empowered to make immediate legislative change and has instructed the Law Commission to undertake a detailed review of the identification doctrine, with a particular focus on economic crime.

The small pool of respondents also explains the Government's decision to postpone the enactment of any new legislation. There were 62 responses to the Call for Evidence, including 26 from law firms, eight from financial services stakeholders, four from industry and trade bodies, and two from prosecuting agencies. In order to effect such significant change to the law, the Government would undoubtedly need greater representation from the business community and engagement from law enforcement agencies.

The considerable delay by the Government in publishing its response to the Call for Evidence also means that its conclusions are out-of-date. Since the Call for Evidence closed in March 2017, there have been several significant legislative and regulatory developments in the corporate crime sphere: the Money Laundering Regulations 2017, new corporate criminal offences in the Criminal Finances Act 2017, and the expansion of the Senior Managers and Certification Regime in the financial services sector. In addition, the judgment in SFO v Barclays PLC & ANR [2018] EWHC 3055 (QB) which interpreted the directing mind and will doctrine narrowly, is likely to have shaped opinion further in this area.

The Government has asked the Law Commission to draft an Options Paper, in which the Commission will analyse how effective the law is and where it could be improved. The Commission will present various options for reforming the law so that corporate entities can be held appropriately to account. It is anticipated that the Commission's scoping work will take between 12 and 15 months to complete and it will be a cross-team collaboration by the Criminal Law and Commercial & Common Law Commissioners.

Considering the proposed time scale of the Law Commission's review, it is clear that reform to this area of law is not imminent but this can be seen as an encouraging step, especially in light of the inevitable strains on the legislative agenda presented by Covid-19 and the Brexit negotiations. Nonetheless, it appears that the general direction of travel is towards additional strict liability offences focused on specific economic crimes. The calls for reform have been growing in recent years. It is likely that enforcement agencies will continue to exert pressure on government until substantive change to the law on corporate criminal liability is realised. 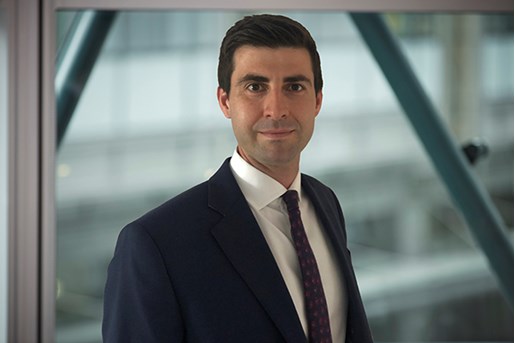