The global coronavirus pandemic has undoubtedly tested the social care sector in the UK to its very limits, placing it under intense public and political scrutiny like never before.

While the dedication of those working on the frontline has been recognised up and down the country, the volume of deaths emerging from care homes as a result of COVID-19 has seen the sector being labelled, unfairly, as ‘broken’ and ‘unfit for purpose’.

With these stark figures leading to widespread calls for radical reforms and government ministers indicating there should be a review of the provision of social care across the UK, Richard Hart, legal director at Addleshaw Goddard and co-head of the firm's Social Care and Retirement Living Group discusses what these reforms could look like for the hard-pressed sector.

In May, the Scottish Government introduced a number of temporary provisions, including ‘emergency intervention orders’ in the Coronavirus (Scotland)(No.2) Act 2020 relating to care homes and home care agencies.

This Act, which will only be in place for a relatively short period of time, has come amid widespread calls for a lasting legacy of the COVID-19 pandemic to be a complete overhaul of the social care system across the various jurisdictions in the UK.

With pressure increasingly mounting on governments to radically reform the sector, it would not be unexpected if at least some of the provisions outlined in the temporary Act are followed by more detailed guidance - forming the basis of any new and indefinite legislation implemented in the months or years to come.

It would be hoped, if similar powers were included in future social care legislation, to apply on a permanent basis, that they would be used sparingly and only as a last resort – there would be a danger that use of powers such as emergency intervention orders would make a difficult situation even worse, possibly pushing an operator in difficulty into administration. It is also likely that the long-term existence of such powers would make it more difficult to obtain external funding to the sector whether from banks or other investors – surely an unintended consequence?

What could reform of the social care sector look like?

Many in the care sector, not least operators, have been making the case for some years that the way care services are commissioned, procured, funded and regulated needs to change. The advent of COVID-19 has served to escalate these concerns and led to trade unions suggesting that the implementation of a national care service is the only solution.

Whilst it is widely expected, particularly following the recent provisions in the Coronavirus Act, that we will see more intervention from the government, not only is it unlikely from a financial point of view but also unpractical in terms of logistics, commissioning and operation that nationalisation of the sector will form the foundation of future reform plans.

At the other end of the spectrum, we are seeing calls for a partnership approach which incorporates both private pension and insurance investors developing large numbers of new and upgraded facilities, and leasing them to local authorities on a long-term basis.

It is undeniable that changes need to be made to the care system across the UK, ensuring that we have a sector which is built to deal with any future crisis that may arise – indeed there have been calls for reform for several years, long before the pandemic hit. However, similar to nationalisation, it is unlikely that a solution built solely on the aforementioned kind of partnership will be the answer to radically overhauling the sector.

It does though show that radical solutions are being considered to combat the sector's problems and it would be hoped that in looking at future reform, innovative and forward-thinking ideas are fully explored.  It is widely accepted that the problems in the sector go deeper than just the financial ones and that whilst better funding needs to be at the forefront of any future reform, a more fuller overhaul of the current system is called for.

As we slowly emerge from the COVID-19 pandemic with the gradual lifting of lockdown, one thing is for certain - the social care sector will not simply return to business as normal. However, what a reform of the sector will look like, how much it could cost, and when it is likely to be implemented, is very difficult to predict. Ultimately though the solution is likely to be one with a properly funded, regulated and supported private sector at its core. 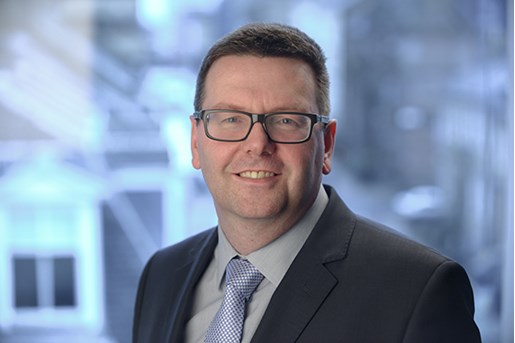 Coronavirus (Scotland) (No.2) Act 2020: Implications for the Social Care Sector