#MeToo: the ripple effect which could change workplace culture for good

Ann Frances Cooney, Employment Legal Director, discusses the knock-on effect the #MeToo movement has had on workplace culture, referencing the recent Women & Equality Committee’s hearing into the increased use of non-disclosure agreements to silence cases of harassment and discrimination.

It has been one of the biggest social movements many of us will witness in our lifetimes, and by the end of 2018, more than 425 prominent figures spanning entertainment and the arts, to government and politics, were accused of sexual misconduct following the emergence of the #MeToo campaign.

Since the first reports of accusations against movie mogul, Harvey Weinstein came to light in The New York Times in 2017, a tidal wave of harassment claims swept the press and social media, trickling into the boardrooms and HR departments of many businesses across the globe, as more people felt empowered to speak out. Organisations across industries have realised the movement is too big to simply brush under the carpet, forcing companies to tighten their harassment and discrimination policies.

At a recent employment conference organised by Addleshaw Goddard in Scotland, a host of senior figures in the HR and employment spheres gathered to discuss the changes in employment law and the impact #MeToo has had on workplace culture.

Almost half of those surveyed agreed it has already had a positive influence on cultural change, but 78 percent stated they were worried an allegation of sexual misconduct within their organisation would present a serious risk of reputational damage.

This concern may lie behind a worrying trend on the rise amongst businesses. In an environment of heightened scrutiny on inappropriate behaviour in the workplace, there has been an increased use of non-disclosure agreements (NDAs) in a sexual harassment context.

The UK Government’s Women & Equalities select committee has been gathering evidence of NDAs (also known as ‘gagging’ or ‘confidentiality clauses’) being increasingly used in cases of sexual harassment and discrimination. NDAs were ordinarily used to protect intellectual property when employees move from one business to another, but it has emerged that their application to silence harassment allegations has become a trend.

The committee’s call for evidence is set against the backdrop of several high-profile cases concerning the handling of sexual harassment and abuse allegations. These cases have involved complex and often controversial questions on topics such as the proper application of employer investigation procedures, as well as the lawful use of injunctions (also known as interdicts in Scotland) preventing the publication of allegations by the media. Depending on the outcome of the consultation, it could become much harder for employers or individuals accused of inappropriate behaviour to deal with complaints as discreetly as before.

It’s therefore important for employers to consider the risks of such behaviour and prepare to face potential reputational damage ensuing a harassment or discrimination claim if the appropriate measures aren’t in place. However, interestingly, a recent report by software company, NAVEX Global, found that more than 44 percent of UK business directors have never received training on how to deal with workplace harassment.

The first step is to address workplace culture and ensuring a zero-tolerance approach to inappropriate behaviour is communicated throughout the business. It’s important to encourage openness, dignity and respect and avoid undermining the seriousness of particular issues. Labelling certain conduct as "harmless banter" or "political correctness gone mad" is not fostering a supportive environment where employees will feel comfortable to be open and honest.

Ensuring workplace policies and procedures are effective and robust is extremely important in the #MeToo climate. If the HR department or management team hasn’t already, it may be time to review policies such as bullying and harassment, dignity at work and equal opportunities to assess how they operate in practice. Once finalised, staff should be trained on protocols, giving bosses the opportunity to reiterate the organisation's zero-tolerance approach.

The day-to-day practicalities of how policies are used shouldn’t be overlooked. How easy is it to raise a complaint or a concern about inappropriate behaviour? Is there a clear pathway for an employee to discuss their worries? It may be helpful to think about appointing a sexual harassment officer to ensure that if a complaint is raised, there is an appropriate place and person available to have such conversations. Is there a "crisis plan", for example, to deal with the Monday morning fall-out from the office party the Friday before?

Not only will these steps encourage the adoption of a healthy working environment, they can significantly assist an employer in the event of a sexual harassment claim, bolstering the statutory defence known as “the reasonable steps". This enables the employer to highlight that all stages to prevent the behaviour were met and emphasise conduct of its kind won’t be condoned by the employer.

The reality is that it shouldn’t take a movement such as #MeToo for companies to ensure employment policies are robust. The heightened awareness it has created, though, has meant organisations in several industries are now in the midst of making significant and meaningful policy and cultural changes to safeguard the rights of their employees.

From an employment law perspective, the investigation into the increased use of NDAs in sexual harassment and bullying cases is an interesting development being brought to light in the wake of #MeToo. However, it’s likely not the last enquiry we’ll see as a result of a movement which started in the spotlight of Hollywood and is now having an extremely real impact here in Scotland and across the globe.

*The piece was first published in The Scotsman. 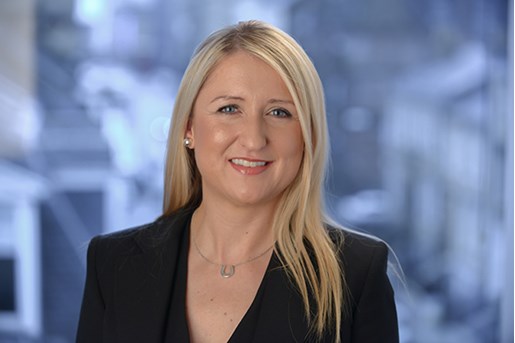 Is the holiday over? How employers can manage the impact of the UK's rules on travel quarantine

Repayment of furlough: transparency in overdrive?