The Court of Appeal has confirmed that when a manager lies about why someone has been dismissed, even if this is done in good faith, this will be enough for the burden of proof to shift to the employer (Base Childrenswear Ltd v Otshudi).

Discrimination legislation in the UK is covered by the Equality Act 2010 (EqA). Section 136 EqA sets out what is known as the "burden of proof", in other words, what someone has to show to prove they have been discriminated against. This is a two stage process:

Ms Otshudi worked for Base Childrenswear Ltd (BC) as a photographer. Three months into her job, she was told by BC's Managing Director (MD) that she was being made redundant and summarily dismissed. Ms Otshudi told the MD that she felt the real reason was because she was black African. The MD responded angrily "daring" her to say this again. Ms Otshudi brought a formal grievance, but BC ignored it. Ms Otshudi later brought a claim in the Employment Tribunal (Tribunal) alleging that she had been discriminated against. The MD responded to the claim himself reiterating that Ms Otshudi had been made redundant purely for economic reasons.

Around 3 weeks before the hearing, BC amended their case to give a new reason for Ms Otshudi's dismissal, which was that other employees had found a crate containing five new items of designer clothing concealed in an area only used by Ms Otshudi. These employees told the MD, who, in turn, decided that she must have been trying to steal the clothes. BC's amended case accepted that Ms Otshudi was not actually made redundant and argued that the MD had only lied to her to try and minimise the potential confrontation with her by giving a reasons that had nothing to do with her race.

Ms Otshudi's case before the Tribunal comprised of seven allegations of racial harassment, all of which were found to be out of time, with the Tribunal only agreeing to extend time for the final allegation in relation to her dismissal.

The Tribunal held that the MD's actions were related to Ms Otshudi's race and constituted harassment, having taken into account his aggressive reaction to Ms Otshudi's allegation of racism, the refusal to address her grievance and his persistence in advancing a false reason for her dismissal. Having considered all of the evidence, the Tribunal felt that the MD's actions indicated he was "trying to cover up what was a dismissal which was tainted by considerations of… race."

BC later appealed to the EAT on liability but were unsuccessful. They appealed to the CA on a technical point alleging that the Tribunal had got the law wrong by not expressly considering section 136 EqA and the shifting burden of proof in its judgment and that Ms Otshudi had not shown a case where it could be inferred that her race formed part of the MD's decision to dismiss her.

What did the CA say?

The CA dismissed the appeal finding that there was no error of law in the Tribunal's judgment.

The CA clarified that the question to ask when determining whether an employee has done enough to shift the burden of proof is whether the Tribunal could reasonably justify the conclusion, in the absence of an explanation, that the employee's race was a factor in her dismissal. The CA admitted that they may well have come to a different finding on this point in this case but as the appeal was concerned with an error of law rather than fact, it would not be right for the CA to substitute its own view in this regard.

The CA held that the MD's persistence in lying about the reason for the dismissal provided a defensible basis for the Tribunal's conclusions, despite the reason for him lying to her about the reason he was dismissing her, namely to minimise any confrontation with her. He also went on to find it was more plausible that the MD was influenced in coming to the conclusion Ms Otshudi was stealing, despite their being so little evidence, by a stereotypical prejudice based on her race and that although it was not expressly dealt with in the Judgement, it was clear from the Tribunal's reasoning that shifting burden of proof had been considered.

In this case, the CA has confirmed that even where a decision was made in good faith, it may be still tainted by discrimination.  This will be enough to shift the burden of proof to an employer to show why the said behaviour does not amount to discrimination.

This case may have been avoided by the employer had the matter been investigated, rather than a snap decision being taken on the Claimant's employment. This is something that is often not considered when an employee has less than 2 years of continuous service.

Employers need to be aware that rights protecting against discriminatory behaviour are "Day 1" rights. It is always best to carry out a full investigation into disciplinary allegations regardless of length of service to minimise the risk of discrimination claims (or at least to flush any such issues out at an early stage so as to and deal with them before matters escalate to an Employment Tribunal). 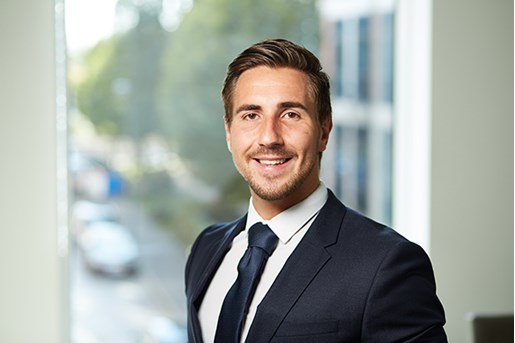