The English Court of Appeal has recently decided a case about sovereign debt. Russia holds the debt - bonds with a face value of US$ 3bn, issued in December 2013.

In 2014, Russia seized the Ukrainian province of Crimea and backed separatists in a civil war in eastern Ukraine. Ukraine's economy almost collapsed. It defaulted on repayment of the bonds in 2015.

The Court of Appeal has decided that Law Debenture, the bond trustee acting on Russia's behalf, should not have judgment on its claim without a full trial of Ukraine's main defence arguments. The Court has reversed the court of first instance (the Commercial Court), which in March 2017 decided that Ukraine had no defence in law and so a full trial was not necessary.

In practical terms, the Court's decision gives Ukraine more time to pay its debt to Russia. The parties are appealing the decision to the UK Supreme Court. The Supreme Court is unlikely to give judgment for some time – we expect about a year. If a trial does go ahead, it could be another two or three years before the litigation is over.

The Court's decision is not just about Ukraine's public finances, important though they are.  The case also decides issues which are important to sovereign investors and to debt capital markets.

The main argument the Court of Appeal heard was about whether Ukraine could run a defence of "duress" at trial – that is, the argument that Ukraine had issued the bonds, and became unable to repay them, because of illegitimate Russian pressure. The official Russian line is that these arguments are untrue.[1] The Commercial Court held that, although there was enough evidence of Russian pressure to justify a trial, the subject matter of the defence was essentially political and therefore not "justiciable" – i.e. not something that is suitable for a court to judge. The Court of Appeal agreed that the Russian actions complained of by Ukraine were "acts of high policy…in the sphere of international relations" – something UK courts have traditionally refused to examine. But, the Court went on to say, in this case there were exceptional reasons of UK "public policy" which justified a trial, and which outweighed any perceived need for judicial self-restraint.

The Ukraine-Russia litigation is not the first time that the UK courts have examined their jurisdiction to consider "foreign acts of state". But it is one of only a very few examples, in modern times, where the alleged wrongdoing – military aggression by one nation against another - is as fundamental.

Sovereign investors who have or will transact under English law should watch closely for the outcome. Sovereign wealth funds and other state-owned investment corporations should pay particularly close attention.

The Court of Appeal has also dismissed Ukraine's contract law argument that the bonds should be subject to an "implied term". Ukraine's case was that it should not have to repay if Russia had prevented it from being able to do so. The Court rejected that case. That is important for sovereign debt markets, where English law is a common choice of law.

The decision on that argument is a victory for form over substance. The reality of the deal was not an offering to the capital markets. It was a Russian bail-out of Ukraine's economy. Russia was lending for political not commercial reasons. The interest rate on the bonds was below Russia's own cost of funds, and was too low to be of interest to private investors in the secondary market at the time.[2] Russia and Ukraine appear to have put a eurobond structure in place to evade applicable laws and procedures about "official" (state-to-state) lending. The deal was really a bilateral loan. Had the legal agreements between the parties reflected that, the Court probably would have accepted Ukraine's argument for a contract term against Russia preventing Ukraine from being able to repay.

Ultimately, the Commercial Court and the Court of Appeal have made a decision on Ukraine's contract law arguments which makes sure bond markets work properly. Their judgments reaffirm the rule that background facts will be irrelevant when it comes to interpreting or supplementing the trust deed under which bonds are issued, unless those facts are disclosed in the listing prospectus and would otherwise be known to the market.

The Court of Appeal did not give Ukraine permission to appeal to the Supreme Court about implied terms, so its judgment is likely to be the last word on implied terms in sovereign debt offerings for some time. Even so, private investors should remain especially wary of "politicised" securities like the bonds in the Russia/Ukraine litigation. 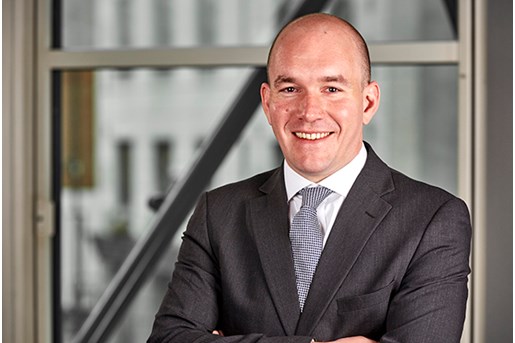