" …whilst a party anticipating possible prosecution will often need to make further investigations before it can say with certainty that proceedings are likely, that uncertainty, in our judgment, does not in itself prevent proceedings being in reasonable contemplation. In the present case, the uncertainty was a function of ENRC not having the information required to evaluate the [concerns]. An individual suspected of a crime will, of course, know whether he has committed it. An international corporation will be in a different position, but the fact that there is uncertainty does not mean that, in colloquial terms, the writing may not be clearly written on the wall. We think the judge was wrong to regard the uncertainty as pointing against a real likelihood of a prosecution… The judge’s distinction between civil and criminal proceedings was, in our judgment, illusory."

So commented the Court of Appeal in yesterday's ruling, allowing ENRC's appeal against the order of Andrews J in 2017 that ENRC must disclose to the Serious Fraud Office (SFO) internal documents produced in the course of a long running investigation into potential wrongdoing at the company - including notes of interviews with potential witnesses.

The Court of Appeal's findings reverse those aspects of Andrews J's decision on Litigation Privilege (LP) that have caused significant concern for corporates attempting to investigate potential wrongdoing.

The Court of Appeal did not accept Andrew J's analysis that “[c]riminal proceedings cannot be reasonably contemplated [the trigger for LP to apply] unless the prospective defendant knows enough about what the investigation is likely to unearth, or has unearthed, to appreciate that it is realistic to expect a prosecutor to be satisfied that it has enough material to stand a good chance of securing a conviction.”

In relation to Legal Advice Privilege (LAP), the Court of Appeal acknowledged problems for corporates with the 2003 Court of Appeal decision in Three Rivers No 5 but considered that the focus of the case was on LP and preferred not to enter into "unseemly disagreement" with the earlier decision.

The decision in respect of LP will be welcomed by corporates: the first instance decision had put them in the position of having less privilege protection where criminal proceedings were a possible outcome than where civil proceedings, however lacking in merit, were threatened.

Between 2007 and 2013 ENRC was a FTSE 100 listed company operating in various high risk jurisdictions. From 2010 it was aware of allegations of corruption on the part of at least one African company it had acquired. In December 2010 it received an email from a whistle-blower, after which it engaged external lawyers to investigate.

Internal investigations continued through 2011, with both ENRC's GC and external lawyers indicating that they considered that there would in due course be an SFO investigation and/or civil or criminal proceedings.

In October 2012 the SFO withdrew the 2009 Self Reporting Guidelines.  It issued new Guidelines, which required all supporting evidence to be provided to them as part of the self-reporting process. This prompted ENRC to seek confirmation from the SFO that documents it had generated in the course of its investigation would be treated as privileged (and therefore protected from disclosure to the SFO/the court) unless it chose to permit the SFO to see them by waiving privilege. It didn't receive that reassurance.

In March 2013, the SFO served on ENRC's lawyers a notice informing them that the Director of the SFO was determining whether to start an investigation, and requiring them to produce documents relevant to that determination.  Formal notice was given of the investigation in April 2013 and requests for documentation were made by the SFO to ENRC's officers and its lawyers. These led to ENRC asserting legal professional privilege in various categories of documents and to the current dispute.

Mrs Justice Andrews decided in June 2017 that only one of four categories of documents generated in the course of ENRC's investigation and in respect of which ENRC claimed privilege (known as Category 3) could be withheld from production to the SFO. The remaining three categories were:

Andrews J held that these three categories were not protected by LP because at the time they were produced adversarial proceedings were not in reasonable contemplation. Moreover, even had they been, the documents had not been prepared for the dominant purpose of adversarial proceedings, but to facilitate self- reporting to the SFO.  An SFO investigation was not adversarial litigation.  Criminal proceedings would only be in reasonable contemplation when a prosecutor is satisfied that there is sufficient evidence for a prosecution, the Judge said. Andrews J contrasted civil proceedings, which could be begun at a much earlier stage because there was no evidential requirement to be satisfied in order to start them.

None of the categories of document were protected by LAP.

The Court of Appeal decision

On the question of when adversarial proceedings were in reasonable contemplation the Court found that ENRC were right to argue that they were in prospect when ENRC initiated its internal investigation in April 2011, and certainly by the time of SFO's August 2011 letter. In the Court's view "the whole sub text of the relationship between ENRC and the SFO was the possibility if not the likelihood of prosecution if self- reporting did not result in a civil settlement". On that basis all three categories of documents were protected by LP.

More generally, on the question of when adversarial litigation will be in prospect in such cases, the Court observed that "we are not sure that every SFO manifestation of concern would properly be regarded as adversarial litigation" but, "when the SFO …makes clear to the company that the prospect of its criminal prosecution,… and legal advisers are engaged" there is "a clear ground for contending that criminal prosecution is in reasonable contemplation". Moreover, the distinction between civil and criminal proceedings was, in the Court's view, illusory. Helpfully the Court added that "it would be wrong for it to be thought that in a criminal context a potential defendant is likely to be denied the benefit of [LP] when he seeks to ask his solicitor to investigate the circumstances of any alleged offence".

Although ENRC (and the Law Society) had argued that the Court should address long standing discussion about the effect of the 2003 CA decision in Three Rivers No 5 (commonly known as the "who is the client" question, for the purposes of deciding the scope of LAP for communications between lawyer and client) the Court took the view that Andrews J had approached the case as primarily concerning LP, so it would do the same. It was for the Supreme Court to consider the position in an appropriate case in future.

Nevertheless, the Court did comment on Andrews J's application of Three Rivers No 5 to the facts of this dispute. It noted that applying Three Rivers no 5, the current position is that communications between employees of corporates and lawyers for the corporate will not attract LAP, unless the employee has been tasked with seeking and receiving legal advice on behalf of the client. That meant in this case that the lawyers' interview notes, even where the interviews were with employees, could not attract LAP.

The Court also commented on Andrews J's additional suggested requirement that LAP would only apply where the dominant purpose of a communication was to seek legal advice. They said "it is hard to see why the suggested additional qualification is necessary, when the privilege can, by definition, only be claimed when legal advice is being sought or given". A dominant purpose requirement would be tautologous.

Finally, the Court looked very briefly at the question of whether the lawyers' working papers ought to be protected by LAP, on the basis that they betrayed the trend of legal advice. Again this was, they said, a matter for the Supreme Court in future when considering more generally the scope of LAP.

Corporates trying to establish whether wrongdoing has occurred can take comfort from the application of LP in this case. However, in any situation in which LAP is not available, usually because an investigation concerns witnesses outside the group of those charged with seeking or receiving legal advice, it will be necessary to satisfy the test for LP to be able to claim privilege for documents generated in the course of the investigation. To do so it is still necessary to show, on the facts, that adversarial proceedings are in reasonable contemplation and that the dominant purpose of the communication is to defend or prosecute proceedings.

All involved in an investigation need to consider when the evidence thrown up, or the interaction with the authorities, mean that proceedings are reasonably in contemplation. Until that point, and even afterwards, great care should be taken in producing material which may later have to be disclosed. It will still be prudent to have in place a communications protocol to manage this, and to ensure that it is followed. 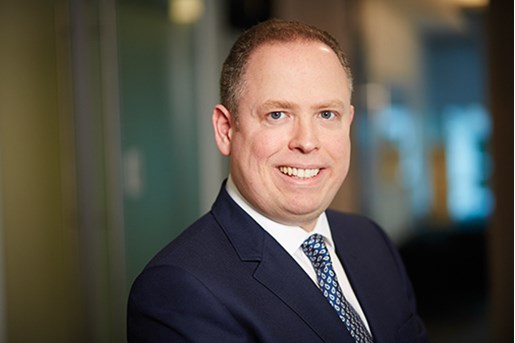