The High Court granted a claimant reinsurance broker (Broker 1) both a Norwich Pharmacal Order (NPO) and a Bankers Trust Order (BTO) to assist its investigations into the actions of a second broker (Broker 2), with which it had contracted. Broker 2 had received insurance premiums from a reinsured, but had failed to remit the premiums to the reinsurer. The application was not resisted by Barclays and provides a useful reminder as to the circumstances in which NPOs and BTOs will be granted.

On 22 January 2018, the High Court dismissed an IRHP “mis-selling” claim against RBS. The judgment summarises a number of recent decisions in this arena, but notably (1) the Court found that in the circumstances of the case, nothing that was said by RBS “crossed the line into advice” and the negligent advice claim failed; (2) the claim that RBS had breached a “mezzanine” duty because it had provided inadequate information also failed; and (3) the Claimant’s deceit and misrepresentation claims also failed.

Refinancing and the effect on the quantum of negligence claims against valuers: Tiuta International Ltd (in liquidation) v De Villiers Surveyors Ltd

The Supreme Court considered the amount that could be claimed from a valuer pursuant to an alleged negligent valuation, in circumstances where the lender had provided different advances to its customer and had relied on different valuations. Lord Sumption provided that “the lender’s loss is limited to the new money advanced under the second facility”. The decision was based on the facts of the case, but was guided by the basic measure of damages, with Lord Sumption noting “the basic measure of damages is that which is required to restore the claimant as nearly as possible to the position that he would have been in if he had not sustained the wrong”.

A turning of the tide? The Quincecare duty in light of Singularis Holdings Ltd (in official liquidation) v Daiwa Capital Markets Europe Ltd

On 1 February 2018, the Court of Appeal published its much anticipated judgment in Singularis Holdings Ltd (in official liquidation) v Daiwa Capital Markets Europe Ltd [2018] EWCA Civ 84. The Court of Appeal upheld the decision of the High Court that Daiwa breached the Quincecare duty of care to its customer by making payments without inquiry when it should have been on notice its client’s instruction was an attempt to misappropriate funds.

On 22 January 2018, the FCA announced a consultation to explore whether FOS’s jurisdiction should be extended, so that (1) personal guarantors of corporate loans and (2) a greater number of SMEs, charities and trusts have access to the service. The consultation period ends on 22 April 2018.

Click here for a link to the consultation document

A successful Judicial Review of a FOS decision: R (on the application of Kelly) v Financial Ombudsman Service Ltd

The High Court quashed a final Ombudsman decision. The Court found that FOS had misunderstood the nature of the complaint presented to it and had acted irrationally.
FOS was ordered to reconsider the Claimants’ complaint and make a fresh decision.

R (On the Application of Kelly) v Financial Ombudsman Service

PAG’s claims against RBS were in summary threefold and included (i) a claim it had been mis-sold swaps, (ii) claims for damages arising from RBS’s referral of PAG to RBSs GRG division; and (iii) claims arising from RBS’s alleged manipulation of LIBOR. Asplin J dismissed all of PAG’s claims against RBS at first instance in December 2016. In a lengthy judgment of 2 March 2018, the Court of Appeal dismissed PAG’s appeal against Asplin J’s judgment.

Supreme Court: Litigants-in-Person should comply with the Civil Procedure Rules

The Supreme Court handed down judgment on 21 February 2018 in Barton v Wright Hassall LLP [2018] UKSC 12: In summary, the Supreme Court provided that Litigants-in-Person will not get special consideration if they have failed to comply with the Civil Procedure Rules where the Rules are clear. 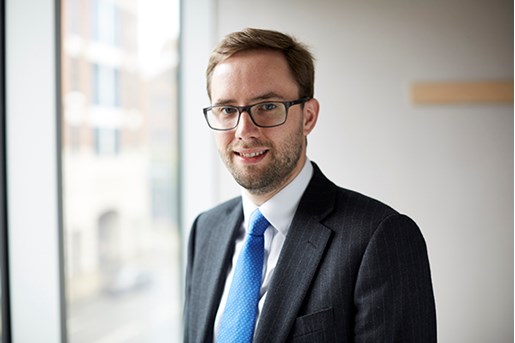 Direct award of PPE contracts in a pandemic: lawful or unlawful?

DUTIES WHEN EXERCISING ENFORCEMENT RIGHTS: CONTRACTUAL RESTRICTIONS MAY BE EFFECTIVE