Holiday: EU law does not require holiday to accrue during parental leave

In Tribunalul Botosani and Ministerul Justitiei v Dicu the Romanian Courts referred a question to the ECJ to ascertain whether a period of parental leave must be treated as a period of actual work for the purpose of determining a worker's entitlement to paid annual leave.

The ECJ concluded that it did not, meaning that under EU law workers on parental leave do not continue to accrue annual leave during that period.

The Working Time Directive (WTD) sets out the measures Member States must take to ensure that every worker is entitled to paid annual leave of at least four weeks (Article 7).  Article 17 of the WTD provides that Member States can derogate from certain provisions of the WTD but that no derogation is permitted in respect of Article 7.

Under the Labour Code, an employment contract may be suspended by a unilateral act on the part of one of the parties, which includes a situation where a worker takes parental leave to care for a child under the age of two. In determining the duration of the period of annual leave, periods of illness, maternity leave and leave to take care of a sick child shall be considered periods of actual work.

Under the Working Time Regulations (WTR), any individual who is a "worker" during the whole or part of a leave year is entitled to accrue statutory holiday, as decided by the EAT in Kigass Aero Components Ltd v Brown. Therefore, a worker on parental leave continues to accrue annual leave throughout that period in the UK.

The Claimant was a judge at the Regional Court in Botoşani, Romania. She took her annual leave entitlement for 2014 and then was on maternity leave for 4 months from October 2014 to 3 Feb 2015. Following her maternity leave, she took another 6 months' of parental leave, during which time her employment relationship was suspended (as per Romanian law). Finally, she took 30 days' paid leave at the end of her parental leave.

Under Romanian law, employees' are entitled to 35 days' paid annual leave. As the Claimant had only taken 30 days' annual leave in her 2015 holiday year, upon returning to work she requested her 5 remaining days' of paid annual leave to take over the end of year holiday period. The Botoşani Regional Court refused her request on the grounds that the number of days paid leave correlates to the period of time actually worked during the year and that the period of parental leave that she took could not be counted as a period of actual work for the purpose of calculating her annual leave entitlement. This also, therefore, meant that 7 of the 30 days' paid leave which she took in 2015 were taken in advance from her 2016 leave year.

The Claimant brought a claim to seek a declaration that, for the purpose of calculating her paid annual leave entitlement for 2015, her period of parental leave should be regarded as a period of actual work. The Romanian Regional Court initially granted the Claimant's application but this was then appealed by the Botoşani Regional Court to the Romanian Court of Appeal. The Court of Appeal stayed the proceedings and made a referral to the ECJ for a preliminary ruling on the following question:

"Does Article 7 of the WTD preclude a provision of national law which, for the purpose of determining the duration of a worker's annual leave, does not consider a period of parental leave to care for a child under the age of two to be a period of actual work?"

The Court of Appeal concluded that Article 7 of the WTD does not preclude a provision of national law from excluding the time spent on parental leave from a period of actual work for the purpose of calculating a worker's annual leave entitlement.

The Court acknowledged that the objective of allowing the worker to rest presupposes that they have been engaged in activities which justify protection of their health and safety. They distinguished parental leave from sick leave stating that when a worker takes parental leave, it is not unforeseen and is usually a reflection of a worker's wish to take care of their child. It is, therefore, not subject to physical or psychological constraints caused by an illness. They also confirmed that parental leave is different to maternity leave, which is intended to protect a woman's biological condition during and after pregnancy and the special relationship between a mother and baby following childbirth.

The Court found that a worker on parental leave remains a worker for that period but, where the worker's employment relationship is suspended pursuant to national law whilst they are on parental leave (as is the case in Romania), the reciprocal obligations of the employer and the worker as regards to work and salary are also temporarily suspended.

Therefore, a period of parental leave cannot be treated as a period of actual work for the purpose of determining a worker's entitlement to paid annual leave.

This case sets out the European law under the WTD.  The WTR gold-plates the WTD in this respect and meaning that under UK law annual leave does continue to accrue during parental leave. In theory, it is open to the UK Government to remove this gold-plating and still comply with the WTD.

If your organisation has employees across the EU, it is worth considering whether national law requires parental leave to be counted as a period of actual work for the purpose of calculating a worker's annual leave entitlement. 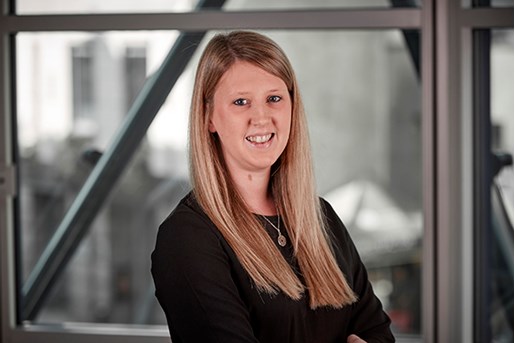