The Court of Appeal has found that an employee cannot refuse to work due to a discriminatory demotion. The Court concluded that discrimination does not, in itself, give an employee an absolute right to refuse to work. Whilst in some cases a refusal to work may be justifiable, this is a case of fact and degree.

This occurs when A treats B less favourably than A would treat others, because of a protected characteristic such as disability.  In such claims, the burden of proof initially lies on the claimant, but if there are facts from which a court could decide in the absence of any other explanation that the respondent has contravened this provision, the court must hold that direct discrimination has occurred.

This occurs when both:

This occurs when an employer dismisses an employee without a potentially fair reason and does not act reasonably (i.e. follow a fair process) in dismissing the employee.

This occurs when an employer terminates an employee's employment in breach of their employment contract. Unlike in an unfair dismissal claim, fairness is not an issue: the sole question is whether the terms of the contract have been breached.

The Claimant, Mr Rochford, was employed as a Senior Vice President by the Respondent, WNS Global Services. The Claimant suffered from a serious back condition and was off work for almost a year following surgery.

The Respondent would only allow the Claimant to return to work in a reduced role, but with full pay. The Claimant had previously been responsible for several business sectors, and on his return he would only be responsible for one sector. The reduced role was not mainly for medical reasons but for the Claimant to get back to speed and "prove himself" after so long out of work. The Respondent had intended the return to be phased, with his responsibilities gradually increasing, but failed to inform the Claimant of this.

The Claimant refused to work on any terms other than in his old role, and even when he formally returned to work, he refused to do any actual work. The Claimant raised an internal grievance for discrimination, which the Respondent viewed as unacceptable and initiated disciplinary proceedings. The Claimant was subsequently summarily dismissed for gross misconduct.

The Tribunal held that the Respondent had partially discriminated against the Claimant in its failure to explain that it was offering a phased return to work, and that the reduced role was temporary. It had also failed to make reasonable adjustments. However, the Tribunal did not find that this was direct discrimination, but discrimination arising from disability.  Further, they found that the dismissal itself was not discriminatory, but it was procedurally unfair. However, the Respondent's refusal to work did constitute gross misconduct. The wrongful dismissal claim also failed on the basis that the Claimant was guilty of gross misconduct.

The Court of Appeal dismissed the appeal. It confirmed that an employee can be justified in refusing to work, and that in such cases it is not reasonable for an employer to dismiss the employee for doing so. However, in this case, it was a matter of fact and degree as to whether the Claimant was justified in refusing to work.  The fact that the Respondent had discriminated against him was not, in itself, enough to justify his refusal.

The Court of Appeal considered general breach of contract principles and that just because one party commits a "prior wrong" against the other it does not mean that the wronged party is simply relieved of his continuing obligations. It added that there is nothing special about discrimination in this regard and there is no absolute right for an employee to refuse to work. Instead, an employee in this position could resign, work under protest or bring Tribunal proceedings.

This decision highlights that discrimination does not have an elevated status which allows employees to refuse to work in all circumstances. Whether an employee is justified in refusing to work is always a question of fact and degree. Where an employee refuses to work, this is a breach of contract and can constitute gross misconduct. From an employer's perspective, this provides clarity on the employee's right to refuse to work. Where an employee refuses to work due to alleged discrimination, this may be misconduct and can be treated as a disciplinary issue, as long as a proper disciplinary process is followed at all stages.

Further, where an employer is considering offering a reduced role to an employee following a period of sickness absence, they should clearly communicate a plan for a phased return.  It may be advisable to put in place a plan to review the employee's progress at regular intervals and set out stages for increasing that employee's responsibilities. The employer in this case failed to do this, which led to the finding of discrimination. 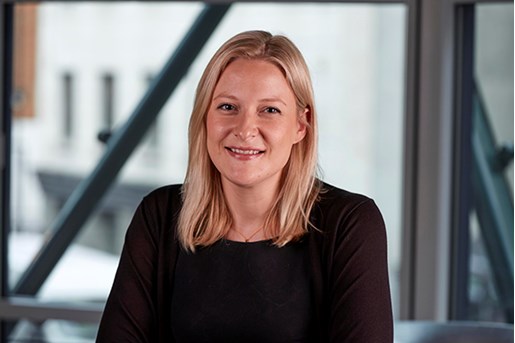 Employment Up to Date - December 2019