In this case, the Court of Appeal struggled to decide the rules around when notice to terminate an employee's employment takes effect under the contract.

They concluded that notice is served only when the employee, personally, has taken delivery of the letter containing notice. Here, the employee was away on holiday and didn't receive the letter until her return. The Court decided that notice was served on her return, notwithstanding that it had also been emailed to her and posted in a letter collected by her father-in-law in her absence. However, there was no requirement that the employee must have read the letter before the notice became effective (Newcastle upon Tyne NHS Foundation Trust v Haywood, CA).

The termination date under the contract of employment is a different legal concept to the "effective date of termination" (EDT) for the purposes of employment protection against unfair dismissal – in theory two different dates could apply. In the 2010 case of Gisda Cuf v Barratt, the Supreme Court decided that for the purposes of the EDT, notice is only effective once the employee has actually read the notice letter. In this recent case, Newcastle upon Tyne NHS Foundation Trust v Haywood, the Court of Appeal reached a different conclusion in relation to the date of termination of the contract of employment.

Ms Haywood was at risk of redundancy. During the consultation, she told the Trust she would shortly be going on holiday for two weeks. During her holiday, the Trust reached a decision to make her redundant and wrote to her on 20 April 2017 serving her 12 weeks' notice of the termination of her employment. It was important to the Trust that notice to terminate Ms Haywood's employment was served on or before 26 April 2017, because otherwise she would accrue additional pension benefits.

The Trust sent their letter by email, standard mail and recorded delivery. They used her husband's email address, which Ms Haywood had used once to write to them. The recorded delivery letter was picked up by her father-in-law and left at her home on 26 April 2017. Ms Haywood arrived home in the early hours of 27 April 2017, went to bed and then read the letter later that morning.

Ms Haywood's contract did not contain any special terms about notice – it simply said that her employment may be terminated by the employer by a notice period of 12 weeks.

The Court of Appeal agreed with the lower court's decision that notice was not served until 27 April 2017. They said that, unless there is an express contractual term that sets out when notice of termination is effective, then notice is only served when the employee, personally, has taken delivery of the letter containing notice.

The Court said there was no case authority saying that notice could be served by email. In this case the email service was not effective because it was her husband's email address and she had not agreed to receive communications via the email address. They also said the father-in-law's receipt of the letter on 26 April 2017 could have counted as notice being served if he had been acting as Ms Haywood's agent – but that wasn't the case here.

The Court reached this conclusion by a majority of two judges to one. The dissenting judge disagreed, saying that the notice should have been validly served once the letter arrived at Ms Haywood's address, whether or not she was there to receive it.

The judges struggled with the facts of this case – a testament to the fact that termination of employment is often messy and normal legal principles can't always be cleanly applied. It's possible that the case will be appealed to the Supreme Court for further guidance and certainty.

For the time being, it would be sensible for employers to include express guidance in the notice clauses of employee contracts, specifying when the notice will take effect and how it can be served. The Court was clear that its conclusions were reached in the absence of express terms in Ms Haywood's contract about this. In particular, in today's business world, it would be sensible to include an express term that notice can be served over email. 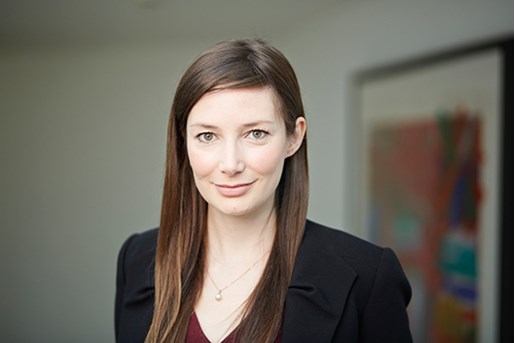