This article looks into the most recent updates in advertising.

In an initiative championed by the new Mayor of London, "body-shaming" advertisements will be banned across the Transport for London (TfL) network from July 2016. The new advertising policy seeks to ban advertisements that promote an unrealistic or unhealthy body image, particularly amongst young people. The ban follows a petition signed by 70,000 people objecting to a poster on the London Underground for a slimming aid from Protein World asking “Are you beach body ready?” The petition stated that the poster made women "feel physically inferior to the unrealistic body image". Incidentally, the ASA received nearly 400 complaints about the Protein World ad, but ruled the ad did not breach its guid elines.

The Tobacco and Related Products Regulations 2016 (TRPRs), which implement the EU Tobacco Products Directive, came into force on 20 May 2016. The TRPRs govern the manufacture, presentation and sale of tobacco products, e-cigarettes and herbal cigarettes. The TRPRs also amend the Communications Act by providing that on-demand programmes cannot be sponsored for the promotion of e-cigarettes or refills and that there can be no product placement of such items.

BCAP, under the direction of Ofcom, has already changed the broadcasting code to reflect the new regulations, such as including a ban on advertisements for unlicensed nicotine containing e-cigarettes and refill containers. The Committee of Advertising Practice is currently reviewing the TRPRs and considering what revisions should be made to the non-broadcast code and guidance.

The European Commission has proposed a number of amendments to the Audiovisual Media Services Directive to address the disproportionately heavy regulatory burden on traditional TV in an age where online and on-demand services are more frequently being used. The proposal includes:

The Advertising Standards Authority (ASA) and the Committee of Advertising Practice recently published their joint annual report for 2015. The report shows that the number of consumer complaints has declined by 7.9% from 2014. However, there has been a surge in the ASA proactively intervening to regulate advertisements, with a record number of 5,425 compliance cases, up 239% since 2014. The ASA's regulation led to 4,584 advertisements being either withdrawn or amended, a 32% increase from 2014.

A website ad (text and video) on the Colgate website for Colgate Max White One Optic toothpaste featured claims that it (1) was a "revolutionary new toothpaste", (2) gave an "instantly whiter smile/look", (3) gave "much whiter" teeth, and (4) a "temporary visual effect". The claims were challenged on the basis that they were misleading and could not be substantiated. A summary of the ASA's examination of each claim is set out below:

Claims (2) and (4): Consumers were likely to take these claims to mean that their teeth would temporarily appear noticeably whiter. The ASA concluded that the evidence provided showed an improvement whiteness, which was small but enough to be noticeable.

If you would like to discuss any of these items and/or any concerns you may have in respect of your own products, please do not hesitate to contact our team. 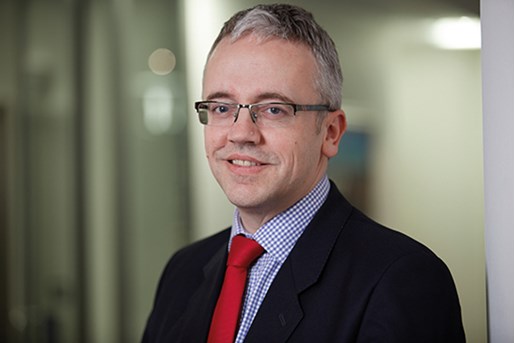