We recently posted a case law update concerning the case of ISG Construction Ltd v Seevic College [2014] which confirmed that paying parties who fail to serve valid payment notices and/or pay less notices may find themselves liable to pay the full amount set out in the payee's application for payment, regardless of whether the content of the same is right or wrong.

The recent case of Caledonian Modular Ltd v Mar City Developments Ltd [2015] provides guidance about what does (or does not) constitute a valid application for payment.

Caledonian's interim applications for payment (Applications) 1-15 all followed the same format and set out the total amount due, the amount previously certified and the net payment due. Each of the Applications were made towards the end of each calendar month in accordance with the 28 day payment cycle which was applicable.

On 30 January 2015, Caledonian issued Application no. 15 and a valid pay less notice was issued against it. As the contract was coming to an end, the parties were engaging in discussions about the final account and on 12 February 2015, Mar sent an email to Caledonian concerning the proposed final account and certain variations. The following day, Caledonian replied to Mar's email asking that the value of the variations be added to the 'account'. Caledonian attached certain documents to the email including one referred to as the "Final Account updated" which was exactly the same as Application 15, but with one additional variation worth around £6.5k. The email also attached a breakdown document in similar form to that attached to previous Applications which took into account the additional variation, together with a document providing further details about the variation. These documents, are what Caledonian claimed was Application no. 16.

A payment dispute arose after Mar failed to pay Caledonian the amount set out in purported Application no. 16.

The judge unambiguously decided that Caledonian's email dated 13 February 2015 was not a valid Application. He said that neither the covering email, nor the documents enclosed stated that they were an Application. If it had been an Application it would have stated as much.

On that note, the judge considered the recent decisions in ISG Construction Ltd v Seevic College [2014] and Galliford Try Building Ltd v Estura Ltd [2015] and the general position that payees can become automatically entitled to the amount set out in an application for payment if the paying party fails to issue any payment notice and/or pay less notice and said that:

"it seems to me that, if contractors want the benefit of these provisions, they are obliged, in return, to set out their interim payment claims with proper clarity. If the employer is to be put at risk that a failure to serve a pay less notice will render him liable in full for the amount claimed, he must be given reasonable notice that the payment period has been triggered."

The court was also concerned that Application 15 was only provided a fortnight before Caledonian's email dated 13 February 2015 and therefore that no valid interim application could be made until the end of February in accordance with the 28 day cycle which the parties had previously been following. The judge said that "I do not accept that such a claim could be made "early" without at the very least that fact being expressly drawn to Mar City's attention".

The court also said that:

"It is simply not permissible for a contractor to make a claim for £1.5m (interim application 15 on 30 January); to have it knocked back through the payless notice mechanism; to updated that same claim 8 days later by adding one small variation worth £6,000; and then, by reason of that update alone, miraculously to become entitled to the £1.5 million, despite the fact that the claim for the vast bulk of that sum had already been the subject of the valid payless notice…

Such a sequence would make a mockery of the notice provisions under the Act and the Scheme. It would encourage a contractor to make fresh claims every few days in the hope that, at some stage, the employer or his agent will take his eye off the ball and fail to serve a valid pay less notice, thus entitling the contractor to a wholly undeserved windfall. The whole purpose of the Act and Scheme is to create an atmosphere in which the parties to a construction contract are not always at loggerheads."

Accordingly, the judge granted a declaration that the documents attached to Calednian's email dated 13 February 2015 did not constitute a valid Application and the Adjudicator's decision was not enforced.

The judge suggested that Caledonian's email dated 13 February 2015 was never intended at the time to be an Application and that the position adopted by Caledonian was put together retrospectively. In this case, Caledonian's seemingly tactical position was rejected. 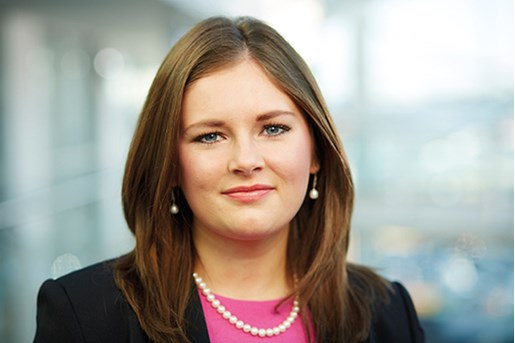